Occupying a position at the mouth of the River Tawe and adjacent to an extensive bay at the western end of the Bristol Channel, Swansea was the main town of its region for much of the Medieval period. In the 18th century local dignitaries attempted to establish it as a tourist resort but the town achieved greater prominence with the onset of the Industrial Revolution. Industry grew throughout the 19th century, drastically changing the shape and even geography of the town and its surroundings. In the 20th century, industry declined but the town continued to grow in population and Swansea officially gained city status in 1969.

Swansea today is home to the DVLA headquarters (where you get your driving licences and pay those pesky traffic fines!) based in Morriston which employs around 6,000 people. Other major employers in the area are the Admiral Group, HSBC, Virgin Media, BT and Amazon. Virgin Atlantic also maintains its largest worldwide contact centre in Swansea.

Swansea and the surrounding area of the Mumbles and Gower peninsular is an area filled with beaches and activities, gardens, walking routes and great places to stay.

The city of Swansea, with its Blue Flag marina, is known as Wales' seaside city. Swansea is also Wales' second largest city and is located on the stunning five-mile sweep of Swansea Bay. This location makes the city an ideal base for exploring the whole of South-west Wales and the Gower Peninsular in particular.

Swansea offers a winning combination of the old and the new with state-of-the-art museum exhibits, galleries and theatres through to medieval castles, nature reserves and exotic gardens and was the home and inspiration to Dylan Thomas, Wales' most famous literary figure. Excelsior Apartments sits within close proximity of all of the prime locations in Swansea, giving access to the best restaurants, clubs and bars on offer.

Swansea is the gateway to Britain's first designated 'Area of Outstanding Natural Beauty' - and the 19 mile long Gower Peninsula starts at Mumbles and extends westwards. It's famous for its gorgeous coastline and some of the most beautiful and cleanest beaches in Wales and indeed the whole of the UK, making this area a favourite for surfers.

For history lovers, the area boasts many ancient sites, monuments, caves, castles, shipwrecks and landmarks including Arthur's Stone, the Giants Grave burial chamber and Pennard Castle. Stone Age artefacts have been discovered in Gower caves, including the oldest dated modern-human remains ever discovered in Britain.

Cafe TwoCann
Cafe TwoCann is a cafe by day and restaurant by night. Owned and run by Catherine and Dennis Cann, the cafe has gone from strength to strength since its opening in 2007. The focus on fresh well presented food and excellent service attracts many to this prestigious Swansea waterfront development. Open daily, the menu is based around the highest quality food, using local and homemade produce. The 2 and 3 course lunch menu is very popular as are House Specials like home-made burgers,sandwiches, jacket potatoes and omelettes too numerous to mention.

The Kitchen Table
The Kitchen Table is a restaurant with a conscience, sourcing all its ingredients from small independent local producers and serving a wide choice of vegetarian and vegan dishes. Its breakfast menu is a feast of tradition from baked beans on toast to bubble 'n squeak. Lunchtime treats include homemade quiches with gluten-free options and Welsh organic beef or lamb burgers. Local musicians are sometimes invited to enliven the evening atmosphere at the Kitchen Table even further!

Grape and Olive
Situated on the top floors of Wales’ tallest building, The Meridian Tower, Grape and Olive boasts the best views in Swansea overlooking beautiful Swansea Bay. Food is based on Welsh ingredients including fresh fish brought straight in from The Bay and served up with traditional chips and mushy peas, Welsh coast mussels in ale, free range eggs and Welsh cheeses. All desserts come with a mouth-watering treat of tradition with Bramley apple pie with clotted cream ice cream enhancing that top-of-the-world feeling!

Fairy Hill
Situated on the Gower Peninsula, Swansea’s natural beauty spot with its sandy beaches and rolling hills, this restaurant at Fairy Hill, a splendid Georgian country house hotel, offers a peaceful setting with the addition of some of the region’s finest cuisine at affordable prices. All ingredients are hand-picked from local producers and transformed into sumptuous dishes served on elegant fine china and with the utmost hospitality. Fairy Hill’s afternoon tea is also an institution so it's worth reserving a table on a sunny afternoon to enjoy the parkland views from the terrace.

Gallinins
Chef Selcuk Meseci and his team take pride in preparing a host of contemporary Italian and Welsh dishes ranging from homemade pasta to moist chicken cooked in wine and accompanied with flavoursome Italian cheeses through to venison steak cooked in gin. Shark and lobster feature among the freshly caught seafood and the irresistible house tiramisu provides the final flourish to this hospitable Welsh-Italian meal.

What to do in Swansea

Listed below are some of the great places to visit in Swansea. Click one to find out more. 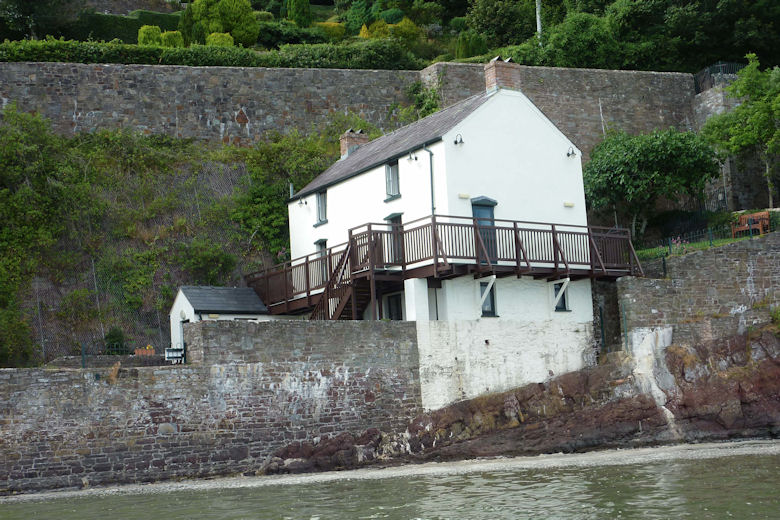 The Centre is the focal point for fans worldwide and home to a permanent exhibition about the life and work of Dylan Thomas, Swansea's favourite son and Wales' best known poet.
The Dylan Thomas Centre is also home to the Ty Llen literature programme of literary events throughout the year, including the annual Dylan Thomas Festival which takes place each October and November.  Entry is free to the Centre's permanent exhibition, 'Dylan Thomas: Man and Myth' 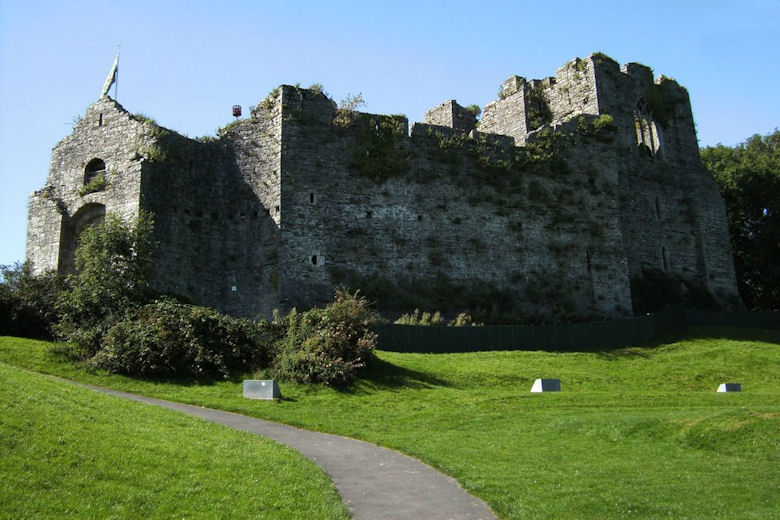 The remains of Oystermouth Castle sit majestically on the hill in Mumbles with stunning views overlooking Swansea Bay.

The castle dates back to the 12th -14th century and was originally built as a stronghold to keep watch over Swansea bay. Over the years the castle fell into disrepair but in 2010 a massive conservation project started to make sure this beautiful landmark was safe and secure for the future. Thanks to all this hard work the castle has been accredited as a Quality Assured Visitor Attraction by Visit Wales and has won the Swansea Life 'Best Outdoor Event 2011' award.

Now the public can explore parts of the castle that have been hidden away for centuries, new features include ancient graffiti art from the 14th century, private staircases leading from vaults to previous banqueting halls and a 30 foot high glass bridge. 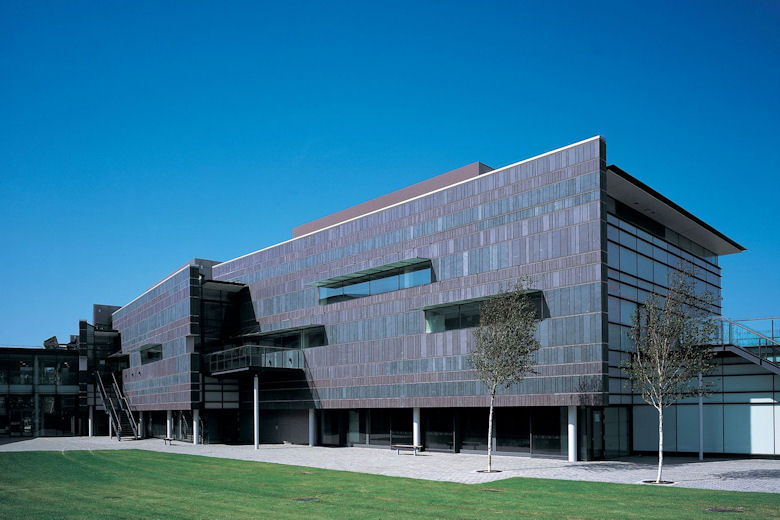 The National Waterfront Museum at Swansea, opened in 2005, tells the story of industry and innovation in Wales, now and over the last 300 years. The Museum is housed in a magnificent Grade II listed former dockside warehouse, which contrasts with a spectacular new glass and slate structure designed exactly a century later, by Stirling Prize-winning architects Wilkinson Eyre. Ideally located in the Maritime Quarter the museum is only a five minute walk from the Swansea city centre.

The vast industrial and maritime heritage of Wales is ready to explore via cutting-edge, interactive technology married with traditional displays. The National Waterfront Museum puts you in charge of the experience, allowing you to delve as deeply into the exhibitions, displays and information as you want.

Visit this inspiring museum and lose yourself in the rich and enthralling history of Welsh industry and innovation, where the technology of today puts the past at your fingertips. With exhibitions and events throughout the year a visit to Swansea wouldn't be complete with out a visit to this amazing location. 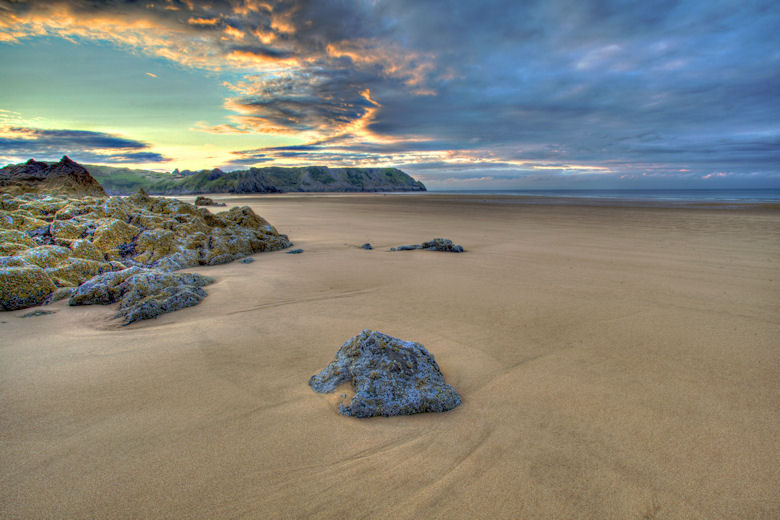 A trip to Swansea would not be complete without visiting Rhossili Bay - voted best beach in the UK in 2010.

Rhossily Bay is the most westerly bay on the Gower peninsula is a mecca for surfers due to the big Atlantic swells that crash down on it, with the biggest waves at the north end at Llangennith.  However please take care as there is no life guard on this beach and strong undertows in the big surf can make it very dangerous.

The backdrop to the beach is the Rhossili Downs which tower above the 3 mile expanse of beach. It's a long climb up onto the Downs but well worth the effort as the stunning view will take your breath away!

The LC2 Swansea - The best family day out in South Wales! 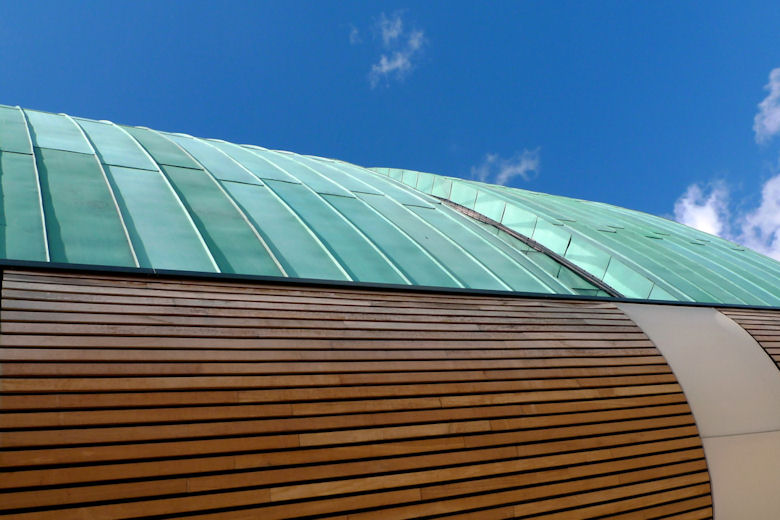 Make waves in Swansea's premier waterpark! Featuring an exciting network of pools, rides and slides including The Boardrider you're bound to find something for everyone.   This venue is also home to the much loved wave pool and famous Masterblaster slide, a roller coaster style slide that blasts riders on a rubber ring uphill on jetted water and then lets gravity to the rest!!

For more information on opening times and prices visit: www.thelcswansea.com/35411

Our featured apartments in Swansea