At the heart of the half-circle turn in Berkshire's part of the Thames is Maidenhead.  Since Edwardian days it has been a place for fun...once upon a time it was all champagne parties, camping punts and Guard’s Club occasions, culminating in the season’s most fashionable event ‘Ascot Sunday’, a day of finery on the river.

During the 1920's Maidenhead had a string of (mostly) harmless drinking clubs which earned it a certain notoriety but its naughty past began in fact, much earlier, when the Gaiety girls were lodged here; in fact there is a short piece of riverside known locally as Gaiety Row.

The River Thames runs through Maidenhead and links it to some beautiful surrounding countryside as well as it's more famous neighbor, Windsor. Located in the Royal Borough of Windsor and Maidenhead, the town is an excellent base from which to explore some of the local history.

Nearby Windsor is clearly a must-visit location.  Not only for the famous castle but also for the fantastic countryside in Windsor Great Park which covers 4,800 acres, including The Savill Gardens - 35 acres of ornamental gardens.

The 'Silicon Corridor' at the heart of London's commuter belt is another reason people come to Maidenhead. It's located along the M4 corridor into the heart of London and along with the towns of Slough and Reading is home to many large companies dealing in computer software, telecommunications and pharmaceuticals. Heathrow airport is also very nearby.

Fine dining is also on offer in the form of the small village of Bray with its two 3 Michelin starred restaurants - the famous chef Heston Blumenthal's Fat Duck (the second best restaurant in the world according to Caterer Magazine - 2009) and the Roux Brothers' Waterside Inn.

Sports fans will also have plenty to do in Maidenhead with Royal Ascot for racing, Polo matches in Windsor Great Park, Wentworth & Sunningdale golf courses, as well as rowing which takes place on the Thames at the annual regattas in Maidenhead and more famously, Henley. The area also boasts Dorney Rowing Lake which hosted the rowing and flatwater canoeing/kayaking during the 2012 London Olympics.

What to do in Maidenhead

Listed below are some of the great places to visit in Maidenhead. Click one to find out more. 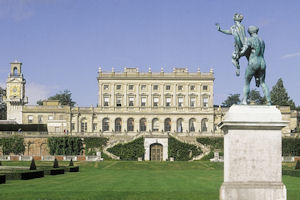 A country retreat on a grand scale, Cliveden's magnificent gardens and breathtaking views have been admired for centuries. Visited by virtually every British monarch since George I, in the early 20th century it became home to Waldorf and Nancy Astor. As the glittering hub of society, numerous parties and political gatherings were hosted here and later Cliveden became infamously associated with the Profumo Affair.

Today, the whole family can experience the relaxed grandeur of Cliveden and enjoy exploring the beautiful gardens and woodlands. The house is a hotel, and tours of parts of the interior are available on certain days. 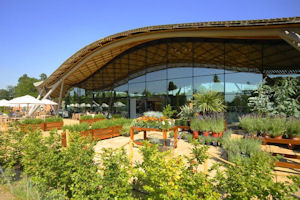 The Savill Garden is one of Britain's greatest ornamental gardens and is part of the Windsor Great Park. Neither a botanical garden, nor a kitchen garden attached to a great house, it's a garden for the garden's sake, enjoyed by horticulturalists and enthusiasts alike. It never fails to charm visitors who come to explore its 35 acres of contemporary and classically designed gardens and exotic woodland.

The Great Park, part of a vast Norman hunting chase, is set in 2,020 hectares (5,000 acres) of the Surrey and Berkshire countryside stretching from Windsor Castle to the north and Ascot to the south. With its varied landscape and sweeping deer lawns, woods, coverts and huge solitary ancient oaks, the park abounds in wildlife. The pastoral landscape offers over two million visitors a year peaceful respite and the opportunity to witness a rich and unique heritage a thousand years in the making.

Henley Regatta was first held in 1839 and has been held annually ever since, except during the two World Wars. There are 19 rowing events in total and they are staged in knock out drawers during the course of the 5 day regatta.  As the Regatta was instituted long before national or international rowing federations were established it occupies a unique position in the world of rowing and has its own rules.

Always a very popular event in the 'summer season', the Henley Royal Regatta is not to be missed and is a unique oportunity to enjoy yourself by the River Thames. 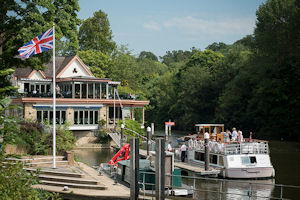 During Victorian times, Boulter's Lock won fame - and notoriety - across the country as thousands of people flocked to the river here to mess about in boats and watch the wealthier classes indulge themselves.

This was especially so on warm summer weekends, and particularly on the Sunday of Ascot Week, when there were pageants, carnivals and regattas. Holidays were spent on houseboats and the favourite pastime of the wealthy was to enjoy a leisurely punt along the meandering and slow-moving river.

These days it is much more peaceful and you can enjoy the uninterupted views down the Thames to Maidenhead Bridge whilst enjoying dinner at the newly refurbished restaurant on site.

Our featured apartments in Maidenhead