Guildford began as a Saxon village shortly after Roman authority had been removed from Britain. Built on a ford where the Harrow Way crossed the River Wey, the root of its name may well derive from ‘Gold’ rather than ‘Guild’ due to the golden flowers that grew at the riverside or because of the golden sands on the banks of the river (not because of the amount of gold in the region’s sedimentary rocks). Guildford is the only royal town in Surrey. A short walk up the cobbled High Street leads you to the medieval castle that was used in the 1400's.

Guildford is at the heart of London's commuter belt with its excellent road and rail links and close proximity to Heathrow and Gatwick airports and it has London less than 40 miles away, an approximately 30 minute journey by train. Guildford and its surrounding areas are right at the heart of South East England's business community and this thriving commercial town is home to Vodafone, Mitsubishi & Colgate-Palmolive. In addition the presence of Electronic Arts and other similar companies have also helped the town to become a centre for video game production. The serviced apartments at Printing House Square Apartments are in an ideal location in the centre of Guildford allowing access to all that it has to offer. Printing House Square Apartments offers both 1 and 2 bedroom serviced apartments in Guildford town centre.

The University of Surrey is also based in Guildford and is an international university with a worldwide reputation for excellence in teaching and research.  It attracts students from all over the world and the student population means that Guildford has a busy social scene. If you're visiting friends at the University why not stay at the serviced apartments available at Abbot's Place which is ideally located near to the River Wey. Abbot's Place offers both one and two bedroom apartments.

Guildford is an historic and thriving county town in the beautiful county of Surrey and the wonderful cobbled streets, historic buildings and famous Guildhall clock make Guildford one of the most attractive high streets in the country.  The serviced apartments at Albury Road Apartments in Guildford are in a prime location to take advantage of the town centre and are just a short walk away from the train station. They offer beautifully furnished two bedroom serviced apartments.

Beautiful countryside surrounds Guildford with the Surrey Hills named as an Area of Outstanding Natural Beauty and it offers some of south east England's most beautiful countryside. Also nearby is the beautiful Loseley House which not only has many fine works of art from the 16th Century, but stunning gardens and grounds to explore too.

What to do in Guildford

Listed below are some of the great places to visit in Guildford. Click one to find out more. 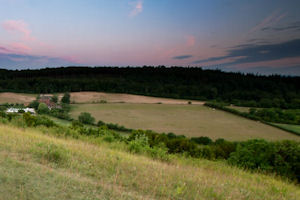 The Surrey Hills surrounding Guildford have been designated an Area of Outstanding Natural Beauty.  This nationally protected landscape of rolling chalk downs, flower rich grasslands, acid heaths and ancient woodlands also provides some of the best walking in Southern England.

For a map of the area and more information visit: www.surreyhills.org 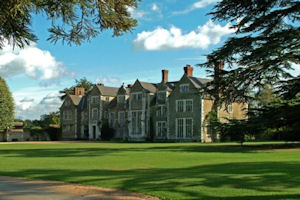 Loseley Park is south of Guildford and 30 miles south west of London.  This beautiful country house has remained fundamentally as it was originally built in the 16th century and has been in the More-Molyneux family for 500 years.  The house itself is well worth a visit but there are also extensive gardens to discover.

The Walled Garden covers 2.5 acres and is divided into 'rooms', each with its own unique planting scheme and personality.  The Rose garden with over one thousand bushes, the Flower Garden, the White Garden that contrasts spectacular, showy, blooms with lush yet subtle silver and grey foliage.  There is also an extensive Herb Garden, the Organic Vegetable Garden and, just outside the walls, the wildflower meadow - a haven of calm and tranquillity.

Both the House and Grounds are open to the public from May - and entrance to the House ends in August and to the Grounds in September. 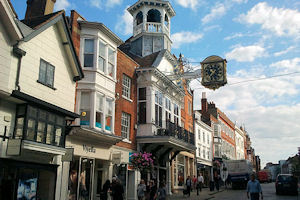 The Guildhall is an iconic 16th/17th century building of great historical interest located on the High Street, and was formerly a courtroom and Council Chamber. Today the building houses the civic plate and many other rare items.

The hall itself is Elizabethan, but very probably stands on the site of the medieval Guildhall which is known to have existed in the 1300's.  In 1683 the Guildhall was refurbished with the insertion of a Council Chamber at first floor level. This had a balcony over the street and a bell turret above which give the building its distinctive appearance. The Council Chamber has fine wood paneling and a carved chalk fireplace which is said to have come from the demolished Stoughton Manor House at the end of the 1600s.

Guided tours of the Guildhall are available every Tuesday and Thursday at 2pm and 3pm.

Our featured apartments in Guildford