Located on the south coast of England, Brighton came into its own when the flamboyant Prince Regent (later King George IV) started visiting at the end of the 18th century.  His famous seaside palace, the Royal Pavilion, was then transformed by John Nash, between 1815 and 1822, into one of the most dazzling and exotic buildings in the British Isles. The mix of seaside and Regency elegance, combined with the stunning architecture that came with it, lie at the foundation of Brighton's worldwide reputation for elegance and fun.

Brighton is justly famous for its Regency Architecture but there is so much more to discover in this lovely seaside town.

Brighton's famous Beachfront boasts a Blue Flag pebble beach that has been a favourite summer destination for Londoners for many years. They're drawn there by the lovely promenade, Brighton Pier, and a wide selection of funky cafes and bars, cool restaurants and a vibrant night life. Brighton is famous for its thriving gay scene and that community adds greatly to the allure of the town. Voted one of the Top 10 city beach break destinations in the world, Brighton & its beachfront cool are legendary.  It even has a nudist area! Very unusual for Britain.

Brighton has a reputation for being funky and chic and to really get a flavor of this, visit 'The Lanes' which is an area characterised by narrow alleyways which follow the street pattern of the original fishing village, all now filled with lifestyle shops.  For retro chic visit North Laine situated (funnily enough) just to the north of The Lanes.  If you're after big name stores then the Churchill Square shopping centre in the heart of Brighton has over 90 stores on offer.

The nightlife in Brighton is one of the many draws of this town and it's known for having some of the coolest clubs on the south coast and with Fatboy Slim as a resident, it's hardly surprising.  There is also a thriving live music scene with some of the best up and coming acts to be found in Brighton's many great bars.  With its laid back, bohemian atmosphere Brighton has long been considered the UK's gay capital and plays host to the UK's Gay Pride festival every year.

The Royal Pavillion
The Royal Pavilion is an exotic palace in the centre of Brighton with a colourful history. Built as a seaside pleasure palace for King George IV, this historic house mixes Regency grandeur with the visual style of India and China.

Brighton Pier
Generally it had been known as the Palace Pier, but has been informally renamed Brighton Pier since 2000 by its owners, the Noble Organisation, as it is now Brighton's only non-derelict pier, a term not recognised by the Piers Society or by the majority of Brightonians. The West Pier was its main rival but was closed in 1975 and was subsequently severely damaged by both fires and storms, with the remaining iron structure being partially demolished in 2010.

Sea Life Centre
Situated on the city’s famed pebble-filled beachfront is Brighton’s Sea Life Centre, the oldest operating aquarium in the world. The aquarium has interactive rock pools and feeding displays throughout the day, and marine experts are always on hand to answer questions and to help teach children about the ocean’s ecosystems. For a small cost, visitors can buy a small pot of food to feed some of the fish – the stingrays are particularly friendly when offered food!

What to do in Brighton

Listed below are some of the great places to visit in Brighton. Click one to find out more.

The Lanes in Brighton 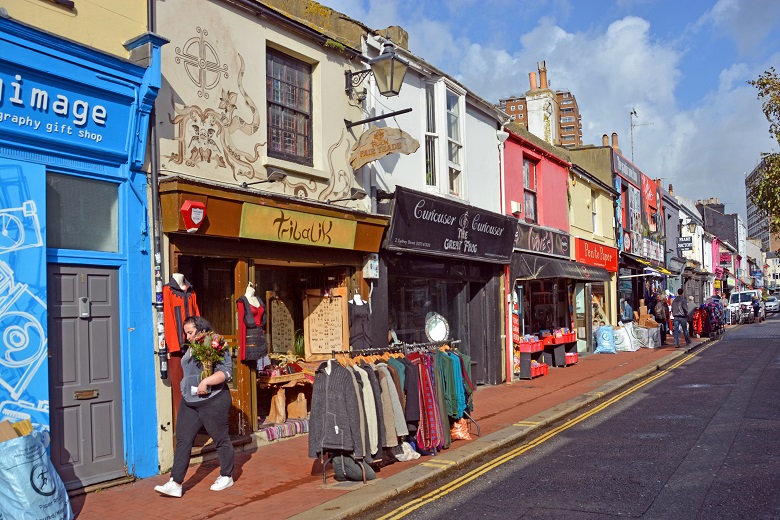 If you're looking to put a creative edge into your shopping, Brighton Lanes offer a shopper's paradise of independent shops and boutiques.

Once the heart of the fishing town of Brighthelmstone, Brighton Lanes' historic quarter is a fabulous maze of twisting alleyways, twittens and catcreeps...offering an extraordinary mix of antiques and jewellery shops nestling alongside specialist contemporary and designer boutique fashion stores.  Crammed with quaint and wondrous shops and funky restaurants and cafes, the Brighton Lanes are best wandered lazily and explored as you find them. 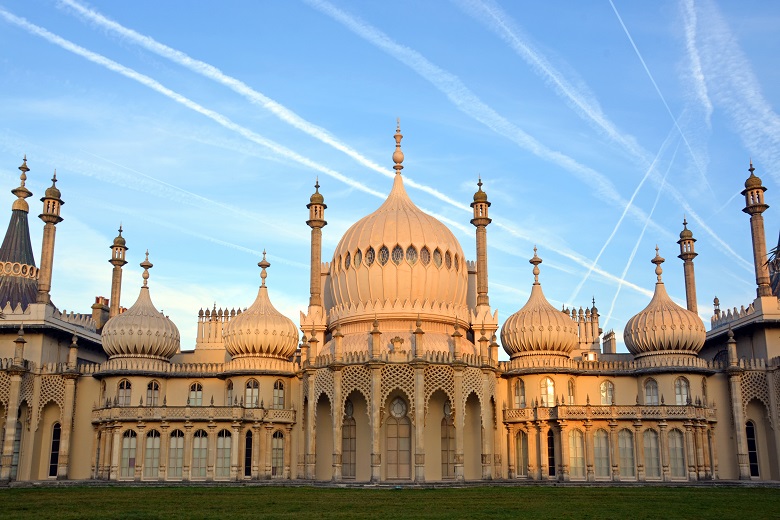 One of Brighton's most famous landmarks the Royal Pavilion was built for the Prince Regent, later King George IV, in stages between 1787 and 1823.  The Royal Pavilion is remarkable for its exotic oriental appearance both inside and out. This magnificent royal pleasure palace was revered by fashionable Regency society and is still a distinctive landmark for vibrant Brighton & Hove today.

The Royal Pavilion is home to some of the finest collections and examples of the chinoiserie style in Britain. 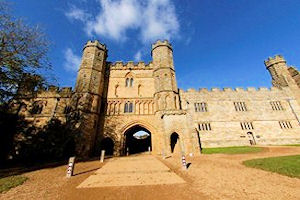 For a memorable family day out in the lovely Sussex countryside around Brighton a visit to Battle Abbey isn't to be missed.  Set on the site of the 1066 Battle of Hastings, it's an exciting way to discover more about the most famous date in English history.  On 14 October 1066, Duke William of Normandy, later William the Conqueror, defeated King Harold of England at Hastings in what was the last successful invasion of England.

A fascinating exhibition featuring CGI film and interactive displays tells the story of the great battle and paints a picture of England at the time of the conquest. The audio tour of the battlefield itself brings the momentous day to life. Explore the atmospheric abbey ruins and stand on the very spot where King Harold is said to have died.

Our featured apartments in Brighton