Bath was designated as a World Heritage Site by UNESCO because of it's famed classical Georgian architectural designs such as the Royal Crescent, The Circus and Pulteney Bridge and also for the well preserved historical sites dating from the era of Roman Britain such as the Roman Baths and Temple Complex. The presence of hot springs and the famous, golden limestone of the area made it an appealing prospect for the Romans who built the original town, which was originally called ‘Aquae Sullis', and which flourished for 400 years. In the eighteenth century the same reasons brought Georgian society to Bath and it was during this period that it was re-developed with the stunning architecture that we all love today, with almost the entire town centre being comprised of a coherent and attractive map of honey-coloured limestone terraces.

The beautiful city of Bath is nestled in the valley of the River Avon, just over 100 miles to the west of London and is just a perfect base from which to explore the stunning landscapes of the West Country, as well as the architectural (and cultural) monolith that is Stonehenge and also the wonderful Cotswolds.

Why not explore Bath from the superbly central serviced apartments at St James Parade Apartments and take in a tour of this charming city.

The modern city of Bath is far more than a historical showpiece and has an extremely lively cultural scene with several large festivals, as well as all kinds of shows, concerts and exhibitions filling up the events calendar. And being a university town, Bath also has a vibrant nightlife, and the dining scene equals that of almost any other British city.

Roman Baths
Bath was founded upon natural hot springs with that steaming water playing a key role throughout its history. Lying in the heart of the city the Roman Baths were constructed around 70 AD as a grand bathing and socialising complex. It is now one of the best preserved Roman ruins in the world.

The Romans built a temple high over the courtyard in honour of the goddess Sulis Minerva. Brave visitors can stand before the fearsome Gorgon’s head carved into the pediment, with an animation to show a reconstructed version of how it would have appeared in Roman times. You can also meet costumed Roman characters and listen to their ancient stories from 10am – 5pm every day! We just hope that your latin is up to scratch...

Bath Abbey
Looming above the city centre, Bath's huge abbey church was built between 1499 and 1616, making it the last great medieval church raised in England. Its most striking feature is the west facade, where angels climb up and down stone ladders, commemorating a dream of the founder, Bishop Oliver King. Unfortunately there's no way out of the 212 long steps to the top, but the outstanding view is well worth the slog. And if you're feeling really romantic, you can also book a private tour for two.

The Royal Crescent
The Royal Crescent, one of Bath’s most iconic landmarks, was built between 1767 and 1775 and designed by John Wood the Younger. This impressive and very recognizable landmark forms a sweeping crescent of 30 Grade I Listed terrace houses, and is without doubt one of the greatest examples of Georgian architecture anywhere in the UK. Today, it is additionally home to the five-star luxury hotel The Royal Crescent , a museum of Georgian life at No. 1, and various private houses.

The Jane Austen Centre
The Jane Austen Centre is dedicated to celebrating Bath’s most famous resident. The Centre offers a snapshot of what it would be like to live in Regency times - the fashion, food, society - everything that would have inspired Austen’s timeless novels.

The Centre is set in a classically decorated Georgian townhouse where your very own Austen experience will begin with a friendly welcome talk from a knowledgeable and helpful member of staff. After the introduction you’ll be free to wander around the intriguing exhibition at your own pace. If you do need a helping hand or have any questions, there’ll always be an attentive staff member around to help out.

What to do in Bath

Listed below are some of the great places to visit in Bath. Click one to find out more. 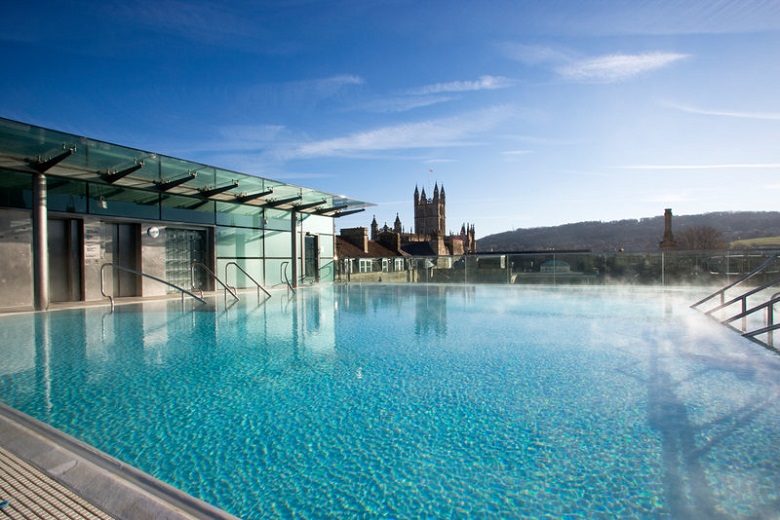 The Roman Baths at Bath is at the heart of the city's World Heritage Site. The Baths are set around Britain's only hot spring where the Romans built a magnificent temple and bathing pools where the natural hot springs still flow. These extensive remains are beautifully preserved and the modern complex offers a great experience with Roman costumed characters bringing to life the stories of people who lived and worked in the area 2000 years ago.

If you want to experience the hot spring waters for yourself then a visit to the Thermae Bath Spa is a must. Thermae is a remarkable combination of 'old and new' where historic spa buildings blend with the contemporary design of the New Royal Bath. Choose a 2 hour or 4 hour spa session which includes full access to the warm waters and flowing curves of the Minerva Bath, a series of aromatic steam rooms and the open-air rooftop pool with spectacular views across the skyline of Bath.

Check out the Roman Baths on Facebook and help them get into the Top 50!  http://tinyurl.com/6z2jbe2

For more information on the Thermae Bath Spa visit: http://www.thermaebathspa.com 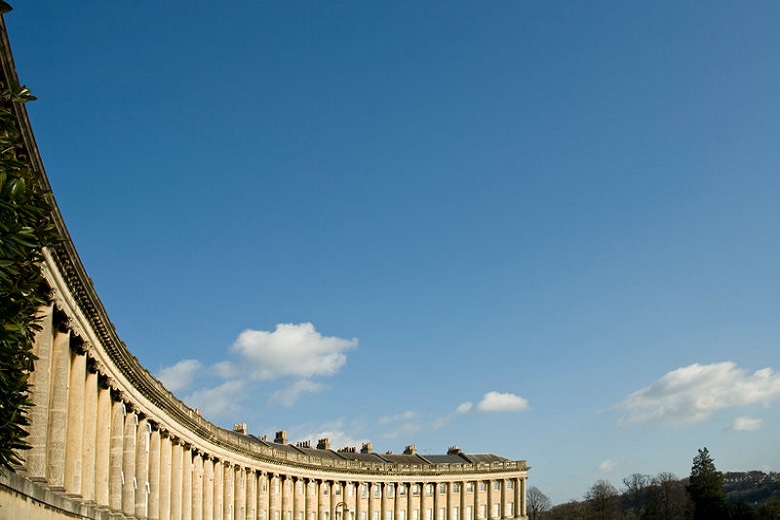 The Ball Room, Octagon, Tea Room and Card Room of the magnificent Assembly Rooms were used in the eighteenth century for dancing, music and card playing, tea drinking and conversation and are still in use for functions and conferences today. The world-famous Fashion Museum is located here (open daily, admission charges apply), and the Assembly Rooms are available to view when not in use for functions and conferences. There is in addition, a quality cafe and extensive fashion bookshop.

Regarded as the social heart of Bath for more than two centuries, the Pump Room is the place from which hot Spa water is drawn for drinking. The Pump Room restaurant is open for breakfast, lunch and afternoon tea daily as well as for private hire for evening events.

For a fabulous dining experience, The Pump Room guarantees a stylish and first-class British Cuisine with an imaginative modern twist. Most famous for afternoon tea, The Pump Room surely has Bath's most elegant backdrop for enjoying excellent food. Fresh food is prepared on the premises, cooked to order using local produce and suppliers.

The Royal Crescent is one of the world's best known landmarks. Built between 1767 and 1775 and designed by John Wood the younger, the crescent contains some 30 houses, one of which is now the Royal Crescent Hotel, and another of which is historical Number 1 and is open to the public. 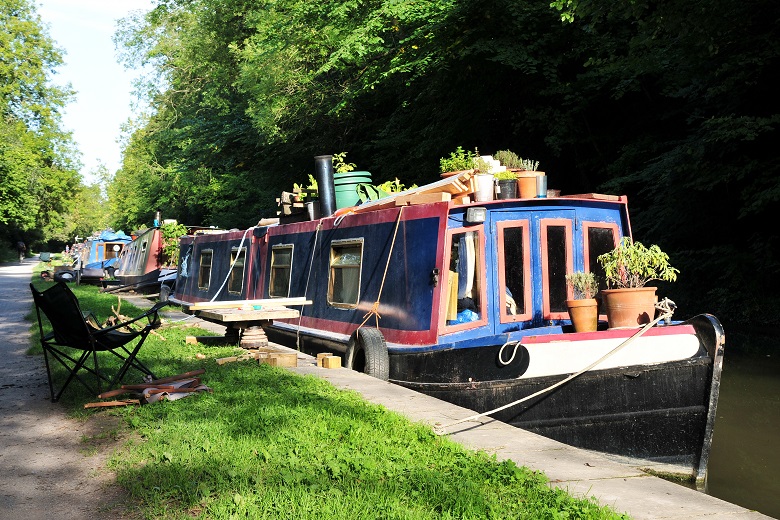 Why not try something different and explore Bath and the surrounding area on a narrowboat on the Kennet and Avon canal. The waterway was opened originally in the 1700's to avoid the hazardous sea route between Bristol and London but today you can relax and enjoy the tranquility of the canal whilst cruising at two or three miles an hour, getting close to wildlife, country pubs and historic towns.

For that special day out you can hire day boats from Bath Narrowboats to explore the canal from their base at Sydney Wharf, Bathwick Hill, up the canal past the Holbourne Museum, Sydney gardens and onwards to Bathampton. Your trip will take you through the beautiful Limpley Stoke valley and on to Claverton where the famous pumping station for the canal is. After Claverton, cruise onwards to Dundas aqueduct where you can moor up and walk a short distance to the Somerset Coal Centre and if you want to cruise further, then continue over the Dundas aqueduct onto Avoncliff and Bradford on Avon.

The slow pace of a narrow boat means that you'll have all the time in the world to appreciate the landscape and the beauties of nature - and you may even be lucky enough to see roe deer, mink, kingfishers and a wide variety of birds. With each of the day boats holding between 6 to 10 people for the whole day, it offers great value for money too.

The American Museum at Claverton Manor 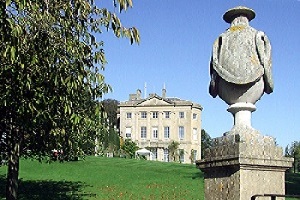 Housed in Claverton Manor on the outskirts of Bath, the American Museum in Britain opened to the public in July 1961 with the intention of fostering historic ties between the United States and the United Kingdom. The American Museum is celebrated for its magnificent decorative arts collection - over 200 historic American quilts, exceptional pieces of Shaker furniture, exuberant folk art paintings and sculptures, Native American objects, and Renaissance maps of the New World.

There is something for everyone to enjoy at the American Museum, the only Museum of Americana outside of the United States: American music concerts, craft activities for children, seminars of American literature and film, as well as family-friendly Living History weekends. Visitors are also welcome to wander through the extensive grounds, including an Arboretum of American trees. There is also a café with beautiful countryside views and three shops.

Our featured apartments in Bath