The area around modern-day Edinburgh has been inhabited for thousands of years. Its origins as a settlement can be traced back to the early Middle Ages when a hill fort was established in the area, most likely on the castle rock. From the seventh to the tenth centuries it was part of the Anglian Kingdom of Northumbria, before becoming a royal residence of the Scottish kings. The town that developed next to the stronghold was established by royal charter in the early 12th century, and by the middle of the 14th century was being described as the capital of Scotland. The area known as the New Town was added from the second half of the 18th century on.

One of Britain's most beautiful cities, Edinburgh is draped across a series of rocky hills overlooking the sea. It's a town entwined within its landscape, with buildings and monuments perched atop crags and overshadowed by cliffs. Edinburgh is a city of high culture, of art and literature, philosophy and science and it's here, beneath the Greek temples of Calton Hill that the Scottish Parliament sits. Explore this wonderful area from the convenient location of Holyrood Apartments, which offer serviced studios as well as one bed and two bed apartments in the heart of Edinburgh.

Thoughts of Edinburgh immediately bring to mind the famous Edinburgh Castle, the Tattoo, the Edinburgh Festival, Princes Street shopping, Murrayfield and the rugby and that wonderfully sophisticated accent. With streets steeped in history and a thriving cultural scene, Edinburgh offers not only the perfect balance of traditional and contemporary but also a host of great places to stay including many fantastic serviced apartments.

The heart of the city of Edinburgh combines the medieval Old Town with the Georgian New Town as well as with striking modern architecture. Why not explore Edinburgh from the superbly central serviced apartments available at Staycity Apartments or The Spires Edinburgh and see perfect picture postcard views, mysterious winding streets, elegant terraces and a plethora of shops, bars and restaurants in famous Princes Street. Or perhaps you'd like to try something a little more obscure, and visit the unusually original Camera Obscura in Castlehill?  From the Old Town's picturesque jumble of medieval tenements piled high along the Royal Mile, to the New Town's neat grid of neoclassical respectability, this city offers a constantly changing perspective!

Edinburgh is the gateway to the Lothians...and so an ideal place from which to begin exploring the Scottish countryside, so why not try one of the range of serviced properties available at Ocean Apartments? Serviced properties available include corporate apartments and double or twin apartments as well as serviced apartments for groups and families. Ocean Apartments is close to the mooring of the Royal Yacht Britannia and from there the world...well, Scotland anyway...is your oyster!

Timberyard
The Radford family are creative, experienced restauranteurs and it shows in their clever conversion of this former warehouse into a surprisingly intimate space, with a wood-burning stove and rugs for winter and a sheltered, sunny courtyard for summer. Committed to quality and provenance, they grow herbs, cure and smoke meat and fish and make their own bar cordials and shrubs on site, using unusual ingredients to great imaginative effect without ever lapsing into preciousness. The menu is helpfully divided into ‘bite’, ‘small’ and ‘large’ dishes, all cooked with careful consideration.

The Kitchin
This restaurant was awarded a Michelin star in 2007 followed by numerous prestigious awards including 'Best UK Restaurant', 'Best Restaurant in Scotland' and recently 'Best Restaurant Experience' in 2015. The Kitchin presents modern British seasonal cuisine influenced by French cooking techniques and an appreciation of the best quality ingredients available from Scotland's fantastic natural larder.

The Gardener's Cottage
The Gardener’s Cottage is committed to creating and serving excellent food using the best seasonal, local produce while nurturing sustainable and mutually beneficial relationships with the local community and local producers. With the focus on seasonal cooking and social dining, a 6 course set menu is served in the evenings on long communal dining tables. Lunch is a la carte and brunch is served at the weekends.
The restaurant is housed in an historic building located in Royal Terrace Gardens at the foot of Calton Hill. Originally the cottage for the gardener, the B-listed building was designed by William Playfair and constructed in 1836.

Restaurant Mark Greenaway
Restaurant Mark Greenaway is both elegant and exciting – one of those rare dining rooms that manages to induce a sense of calm whilst encouraging anticipation. With a passion for Scottish ingredients, they make use of modern techniques to enhance flavours and an innovative presentation style means that it's a feast for the eyes.

The Scran and Scallie
Two of Scotland's top Michelin starred chefs, Tom Kitchin and Dominic Jack have come together to create menus of fresh, home-cooked dishes using quality, seasonal, local produce, with the support of Head Chef James Chapman. The food at Scran & Scallie reflects the team's ‘From Nature to Plate’ ethos and includes fresh, modern dishes alongside some forgotten classics such as Sheep's Heid Scotch Broth; The Scran & Scallie's traditional Cottage pie; Chicken liver parfait and a ‘Seasonal Crumble of the Day’. The rustic but charming interior of the pub features many of the old features of the building, refreshed with modern Scottish accents and a hint of Scandinavian influence.

What to do in Edinburgh

Listed below are some of the great places to visist in Edinburgh. Click one to find out more. 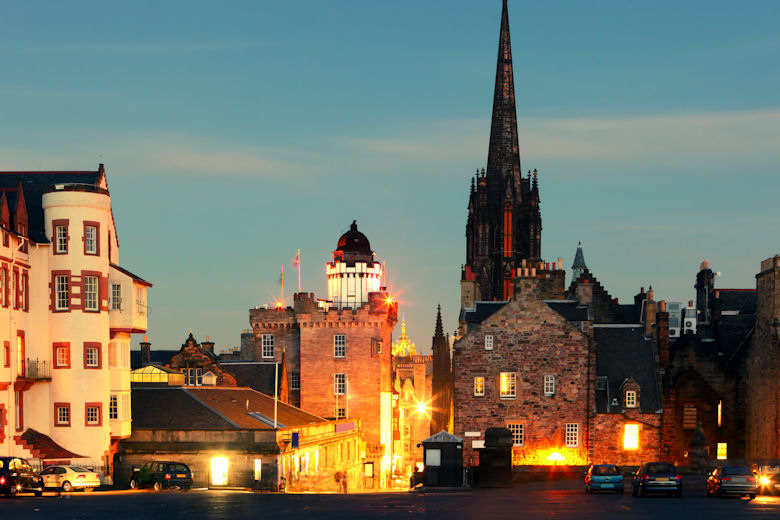 Located at the top of the Royal Mile the Camera Obscura show is a fascinating and highly amusing way to see the city and learn about its history. This unique experience has delighted and intrigued people for over 150 years. It is a 'must' on any visit to Edinburgh.

From inside this mysterious Victorian rooftop chamber, you see live moving images of Edinburgh projected onto a viewing table through a giant periscope. Pick people up on your hands, squash them to a pulp and even make the traffic climb over paper bridges.

Also three galleries, World of Illusions, Light Fantastic and the Magic Gallery, are packed full of an amazing range of optical experiences to delight any age group. 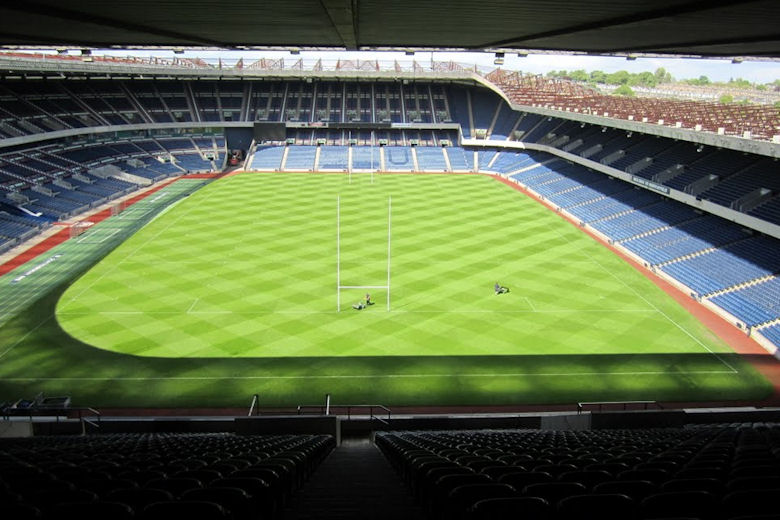 Located in the west of the city, Murrayfield is the home of Scottish rugby.  A behind the scenes tour of Murrayfield Stadium allows you to follow in the footsteps of legends as you visit the dressing rooms, players tunnel, Royal Box, hospitality suites and the world famous pitch.

Tours are conducted Monday to Friday. Weekends and Bank Holidays are by arrangement only and the group must consist of a minimum of 10 people. Tours last approximately an hour and a quarter.There are no stadium tours on the days when Edinburgh Rugby has a home game at Murrayfield. In addition, tours are not run the week before or two days after a home International. This is primarily for safety reasons as there is a lot going on in the Stadium at these times involving additional personnel, equipment and machinery. 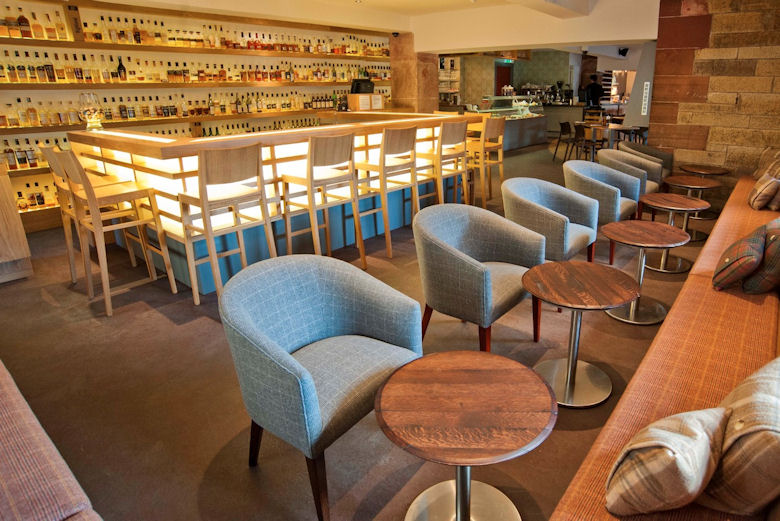 Located on the Royal Mile is the new Scotch Whisky Experience which will take you on a sensational journey! Take a swirling, bubbling barrel ride through a replica distillery as you become part of the whisky making process.  Along the way you'll hear the stories behind this magical craft, with expert tour guides and whisky advisors with you every sip of the way.

They'll help you discover the aromas and flavours that appeal to your palate and lead you to your perfect Single Malt Whisky.   Visit The Scotch Whisky Experience - a truly breathtaking experience for everyone. 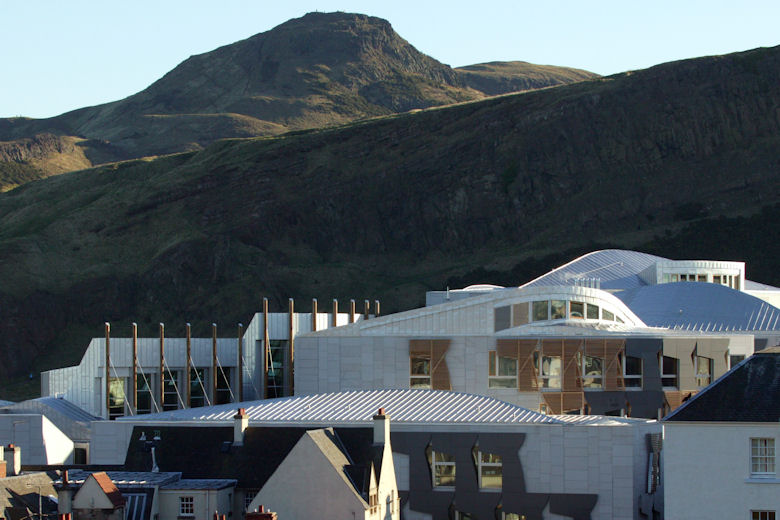 Holyrood Park is a windswept, hilly public park, but a few minutes walk from Edinburgh Old Town. The park encompasses a five-mile radius of land and has probably been a Royal Park since the 12th century.  Holyrood Palace, the royal residence in Scotland, is situated on the edge of the Royal Park.

With its volcanic cliff faces, steep pathways, mini lochs, and hillside ruin (St. Anthony's Chapel, which dates back to the 15th century), Holyrood reflects the rugged, natural landscape that can be found across Scotland on a grander scale.

The centre of the park, and visible from around the city, is the hill shaped like a reclining lion called Arthur's Seat.  It takes about half-an-hour from the Queen's Drive, an inner ring road around the park, at the base of Arthur's Seat, to mount the 251 metre summit. The top offers excellent views of Edinburgh, Leith, and a distant views across the Firth of Forth to Fife.

Our featured apartments in Edinburgh