Stratford was transformed into an industrial suburb following the introduction of the railway in 1839. In its heyday at the end of the 19th century, more than 6,000 people worked in the railway yards in the East End suburb of Stratford. However recent economic history is underpinned by a move away from railway works and heavy industry towards becoming a significant commercial and cultural centre.

Stratford is East London's newest revamped destination and has become a bustling centre of activity following the glory days of the London 2012 Olympic and Paralympic Games.

The arrival of the 2012 Olympic Games meant that huge amounts of money were poured into the area, creating new jobs as well as housing, newly built restaurants & bars amongst traditional Stratford haunts and the coming of the enormous Westfield shopping centre, which is one of Europe's biggest!

Stratford is a real transport hub and one of the best connected areas of East London. The Jubilee and Central lines of the tube network, the DLR, mainline services and the highspeed rail link to St Pancras all stop here, and you can also get a bus to a huge range of destinations across the capital and the rest of the UK.

With many of the former Olympic venues now open to the public, most importantly the Queen Elizabeth Olympic Park itself, the area provides an amazing range of shopping, drinking, dining and fitness activities. Staybridge Suites London Stratford City's studio and one bedroom serviced apartments offer the ideal place to rest your weary feet after a hard days shopping as they are located right above the shops at the heart of Westfield Stratford.

There is a cultural side to Stratford as well though and the Cultural Quarter, adjacent to the shopping centre, is home to several arts venues, bars and cafes as well as to the Theatre Royal Stratford East. If you're looking for a place to lay your head after a busy evening then Apple Apartments Stratford offers luxurious studio, one and two bedroom serviced apartments nearby.

Westfields Shopping Centre
With over 250 shops plus 70 places to dine, Westfield Stratford City is the largest shopping mall in Europe and the new lifestyle destination for East London. World-class leisure facilities include a Vue Cinema, one of the largest, most innovative all-digital cinemas in Europe boasting 17 all digital screens; All Star Lanes, a luxury bowling experience, and finally, the new 65,000 ft Aspers Casino with its two bars and 80 seat restaurant, the first in the UK to be granted a large casino license.

Part of one of the largest urban regeneration projects ever undertaken in the UK, Westfield Stratford City also offers spectacular views of the Olympic Park.

Queen Elizabeth Olympic Park
The grounds that once hosted athletes from all over the world has been turned into the Queen Elizabeth Olympic Park. Though obviously constructed for the games, the site has expanded beyond the stadium and now serves as a major component of East London; the area is now open to the public and includes new shops, restaurants, trails, galleries and venues. The Olympic Park has thus been successfully designed to host Londoners and visitors long after the completion of the games.

3 Mills Studios
London’s largest film and TV studio, 3 Mills Studios is one of East London’s greatest creative success stories. Renowned filmmakers including Danny Boyle, Wes Anderson, Tim Burton and David Cronenberg have all used its facilities for feature films, while countless television, commercials and music videos have been filmed on site too. It's popular due to its location, with excellent transport links to central London, and for its facilities, which include nine filming stages and twelve theatre spaces.  Stage 5 has the same floor size as the Royal Albert Hall arena, making it one of the only indoor venues suitable for large scale ballet, theatre and opera rehearsals.

Lee Valley
Visit the luscious Lee Valley near the Queen Elizabeth Olympic Park, stroll around the leafy countryside and take part in a variety of exciting outdoor pursuits. The River Lee runs through London from its source near Luton all the way to the Thames at Stratford. A green corridor running vertically north to south, the Lee Valley includes a number of country parks, nature reserves and heritage sites and there is a huge range of family activities to choose from.

The Stadium
The Queen Elizabeth's Parks most recognisable venue, the Stadium is a magnificent arena that will be the only venue in the UK able to host both world class football and athletics events. From 2016, the Stadium becomes the new home of West Ham United FC and the National Competition Centre for athletics in the UK, as well as a major venue for other sporting events. It will be open all year round for visitor tours, arts and cultural events, conferences and music concerts!

What to do in Stratford

Listed below are some of the great things to do in Stratford. Click one to find out more. 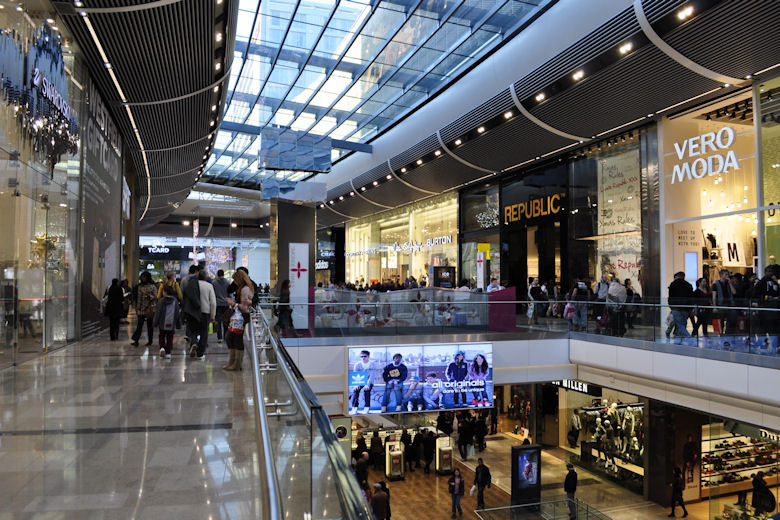 Shopping is the main event in modern day Stratford and Westfield Stratford City is the huge, three-storey curved shopping centre that's almost impossible not to get snared up in as you leave the station. It is Europe’s largest urban shopping destination and has a total retail floor area of 1,883,700 square feet and houses more than 300 shops.  Shopping in London doesn't get much bigger than this. 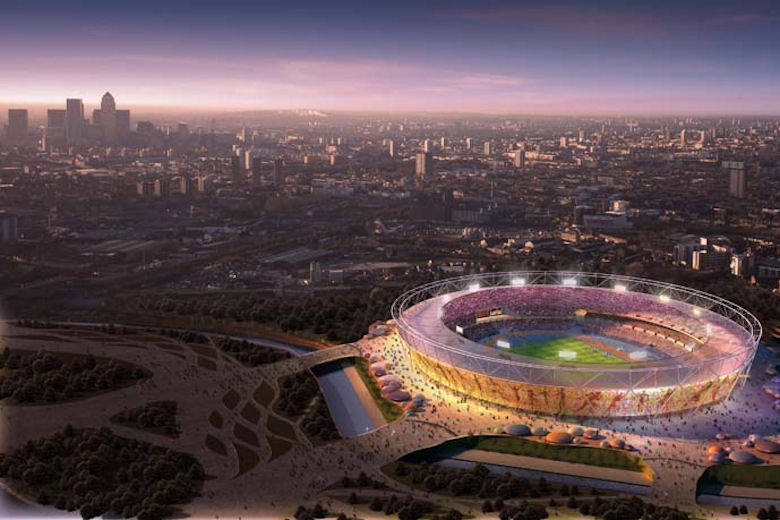 Stratford was the centre of the London 2012 Olympic and Paralympic Games and most of the action took place in Olympic Park venues, just a short walk away from Stratford Station. The park itself has been transformed into a beautiful open space but many of the venues remain, making Stratford a great place to take part in sport or to watch major sporting events:

The Olympic Stadium is currently under redevelopment and the plan is that it will open again in 2016 when it becomes the new home of West Ham United Football Club.

The London Aquatics Centre is a great venue for either participating in or watching swimming and diving.

The Copper Box Arena was host to the handball, modern pentathlon, fencing and goalball during the 2012 Games, and is now one of London’s most flexible indoor sports venues.

The Lee Valley VeloPark is great for cyclists.  Track cycling, road racing, BMX or mountain biking: however you get your two-wheeled thrills, you'll find it at this venue.

Lee Valley Hockey and Tennis Centre  The first rate facilities here include two hockey pitches, four indoor tennis courts and six outdoor courts, available to the public throughout the day and evening, all year round.

Finally, although we're not sure if it's classed as a sport but in the Westfield Stratford City shopping mall there is also a bowling alley with 14 lanes available!

If you have any money left after hitting the shops at Westfield you might like to try your luck at the gaming tables in Aspers Casino Stratford City.

Even if you're not into gambling it's worth a visit just to experience the atmosphere of the UK's largest casino. It's open 24 hours a day every day (except Christmas day!) and there is no entry fee so as long as you're over 18 you can stop by.   There are also fantastic onsite restaurants and bars available for refreshments and for the sports watching fans amongst you the huge sports bar with wall to wall multimedia screens showing live sport 24 hours is not to be missed! 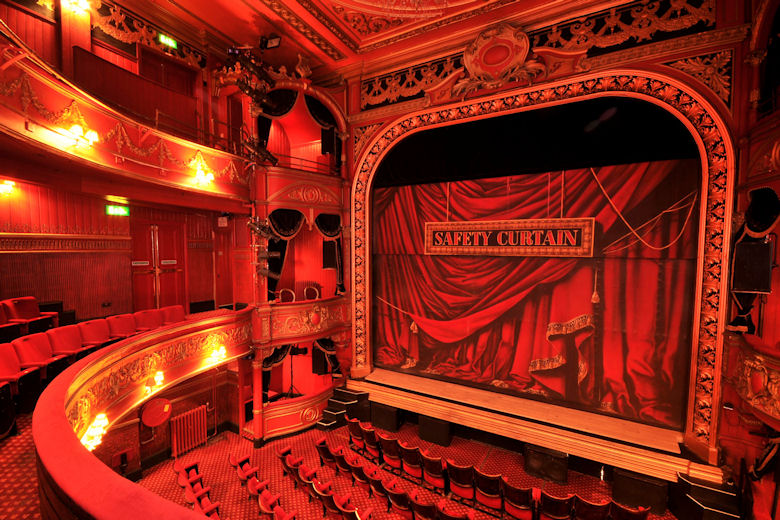 Don't be fooled that modern Stratford is all about bling - there is a cultural heart beating in this old London suburb. The charming Victorian theatre that is Theatre Royal Stratford East was built in 1884 and has a long and varied history of producing plays for the people and a strong tradition of developing new plays and musicals.

It's not only plays though as the onsite bar runs nightly events from Comic Mondays to Funky Fridays - meaning that there's something for everyone.

Stand on top of the world in the UK’s tallest sculpture. Standing 114.5m tall, this extraordinary attraction is the result of a creative collaboration between world-renowned artist Sir Anish Kapoor, designer Cecil Balmond and ArcelorMittal, the world’s largest steel and mining company.

With two observation floors, at 76m and 80m, the ArcelorMittal Orbit provides visitors with stunning views over the Park and across London’s famous skyline. It is both a work of art and a thrilling experience.

Find out more and book tickets at the ArcelorMittal Orbit website

Our featured apartments in Stratford