The area now known as South Kensington was used as agricultural land supplying London with a range of fruits and vegetables until development began in the mid 19th century, when following the 1851 Great Exhibition in Hyde Park, the South Kensington museums were founded. Built under the direct inspiration of Prince Albert, Queen Victoria's husband, these museums paved the way for wider development in the area which soon spread to land adjacent to Kensington as landowners made the most of the new roads that had been built.

South Ken, as it's more popularly known, is the absolute heartland of cultural London and contains it's finest museums. It's also the reason why people flock there in their tens of thousands! Beware the summer queues however, particularly for the big 2: the Natural History Museum and the Science Museum. Top tip: use the Exhibition Road entrance to get into the Natural History Museum and not the main one in Cromwell Road - it'll save you a lot of time!

South Kensington is home to a cluster of free museums, making it the perfect destination for families and adults alike. At the huge and hugely impressive Victoria and Albert Museum, you can see art and design from the past 3000 years, including ceramics, furniture, fashion, jewellery, photographs, sculpture, textiles and paintings. They have a great shop too, with many affordable ties, scarves, mini-sculptures and postcards as well as a host of other memorabilia.

Just next door you'll find London's Natural History Museum, where you can come face-to-face with a giant T-rex, and experience an earthquake in the Power Within zone, and in the winter the Natural History Museum also hosts an ice-rink! This Museum links directly to the fabulous Science Museum and you can walk through from one to the other.

Kensington's famous Royal Albert Hall plays host to The BBC Proms concerts each year. As well as classical concerts, you can also see rock and pop gigs, ballet, opera and even tennis here!

The Royal Albert Hall, Albert Memorial and Royal College of Music
When you get to the Royal Albert Hall make sure you have a full look around the whole building. At the opposite side from the park entrance you can see the magnificent building surrounding the hall and the Royal College of Music is something spectacular. You can hear the sweet tones of a violin or piano playing somewhere in the bulilding and if it's a nice warm summers day why not grab a coffee and head across the road to the ornate and impressive Albert Memorial, sit down on the steps leading up to the gilded statues and enjoy a minute or two of people watching whilst resting your tired and aching feet!

Harrods
For more than 160 years, Harrods has been a luxury shopping destination for exclusive collections and excellent service. With seven floors and 330 departments dedicated to the finest products in food, fashion, homeware and technology, Harrods has something for everyone, even if it can be a tad on the dear side at times.

Holland Park
Holland Park contains an extensive woodland for central London, and supports a surprising range of mammals, birds and insects, including peacocks. The park also has an orangery, tennis courts and a cricket pitch. In the park you can also find the Kyoto Garden, a Japanese Garden donated by the Chamber of Commerce of Kyoto in 1991.

Kensington Palace
As Queen Victoria was actually born in Kensington Palace and great Royal figures like Diana Princess of Wales lived here, this is a hugely important historical building. You can visit the State Apartments and tour the Royal Ceremonial Dress Collection where you can see dresses worn by the Queen and Princess Diana.

Battersea Power Station
Battersea Power Station is a disused power station that stands on the south bank of the River Thames in Battersea. Its four distinctive chimneys make it a famous landmark in London. The station is made up of two individual power stations, A and B. Station A was built in the 1930's and station B was completed in the 1950's. The two stations are identical, resulting in a four chimney layout. The power station is also the largest brick building in Europe and has lavish art deco interior fittings and decor.

What to do in South Kensington

Listed below are some of the great places to visit in South Kensington. Click one to find out more. 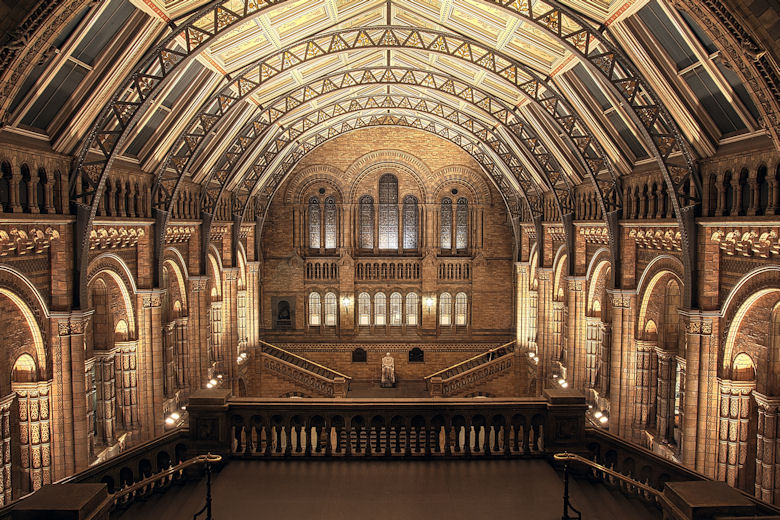 The Natural History Museum is an absolute must-see with its vast range of superb specimens. With about 70 million items in 5 collections ( botany, entomology, mineralogy, palaeontology and zoology), and with no admission fee, it's incredibly popular and is overrun in the Summer by kids with their stressed out parents!

The museum is particularly famous for its dinosaurs (a large Diplodocus dominates the vaulted central hall) and its ornate architecture. The amazing Alfred Waterhouse building was opened in 1881, later incorporating the Geological Museum, while the Darwin Centre is more recent. The Waterhouse building's terracotta tiles, featuring many stunning relief sculptures of flora and fauna, were originally meant to resist the sooty climate of Victorian London.

Many of the collections have great historical and scientific value, with specimens collected by Charles Darwin high on the list. Arguably the most famous creature in the newly developed Darwin Centre is the 8.62 metre long Giant Squid, affectionately named Archie, however the Blue Whale and the Giant Crab are awesome in the true sense of the word.

With the superb exhibits, a great shop, beautiful gardens, clever displays and buzzing atmosphere this is an unforgettable experience whatever the time of year. 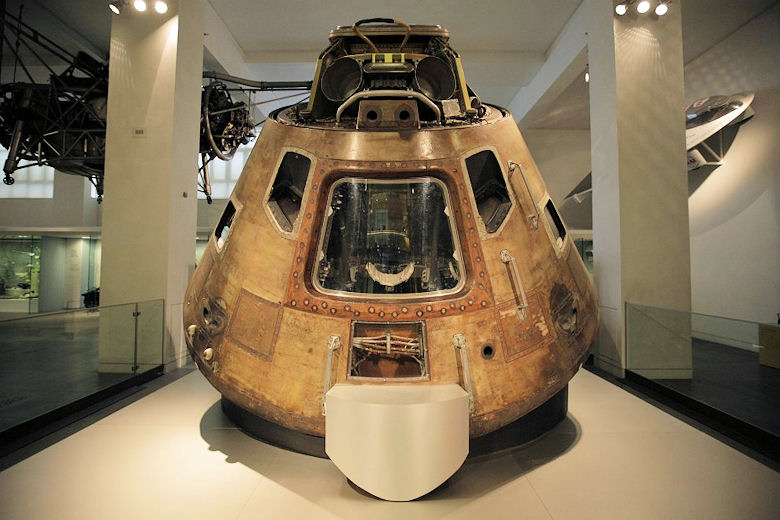 Great for Science-geeks (like myself) and Normal People alike, London's Science Museum is the most visited science and technology museum in Europe! The Summertime queues are almost as long as the ones for the Natural History and thats impressive! Plan your visiting times so as to avoid those peak mornings, is our advice.

There are over 15,000 objects on display, including world-famous objects such as the Apollo 10 Command Capsule (Module to us techies) and Stephenson's Rocket. There's also Mika Hakkinen's F1 car, giant WW2 rockets, great planes, thousands of model ships, trains and cars...wow, what's not to like?

The interactive galleries bring basic scientific principles to life very cleverly as you'd expect, plus you can experience what it's like to fly with the Red Arrows or blast off into space on an Apollo space mission in the stunning 3D and 4D simulators. Or why not watch a film on a screen taller than 4 double-decker buses in the IMAX 3D Cinema? This place is just endless fun and the popular combo of TSM and the NHM (Tech terms - can you work them out?), is really not to be missed.

This is just an absolutely great family day out...but do maybe think about your scheduling if you're visiting in the peak months.

Check out the latest here: http://www.sciencemuseum.org.uk

The V and A 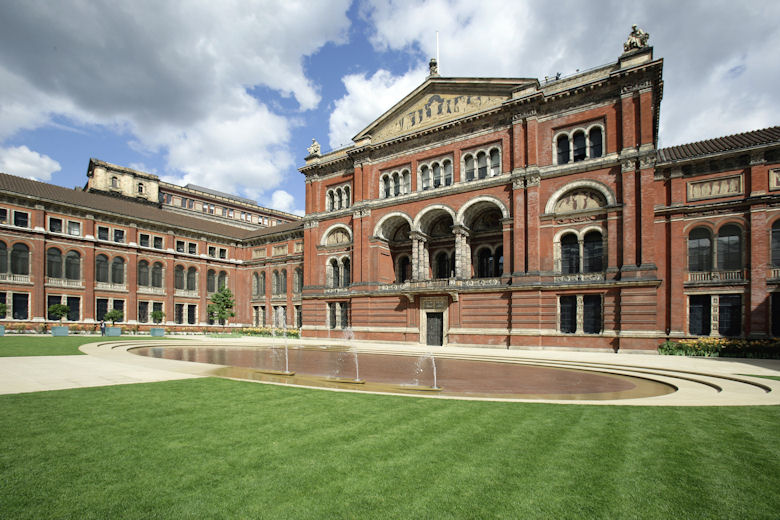 The Victoria and Albert Museum is the world's largest museum of decorative arts and design, housing a permanent collection of over 4.5 million objects.

The official opening by Queen Victoria was on 22 June 1857 and it was named after Queen Victoria and Prince Albert. The V&A as its locally known, is located in an area that has become known as "Albertopolis" because of its association with Prince Albert, the Albert Memorial and the major cultural institutions with which he was associated. These include the Natural History Museum, the Science Museum and the Royal Albert Hall.

The V&A has 145 galleries spanning 5,000 years of art, from ancient times to the present day, from the cultures of Europe, North America, Asia and North Africa. The displays of ceramics, glass, textiles, costumes, silver, ironwork, jewellery, furniture, medieval objects, sculpture, prints, drawings and photographs are among the largest and most comprehensive in the world. The museum also owns the world's largest collection of Italian Renaissance items outside Italy. The departments of Asia include art from South Asia, China, Japan, Korea and the Islamic world. The East Asian collections are among the best in Europe, with particular strengths in ceramics and metalwork, while the Islamic collection is amongst the largest in the Western world.

Best of all, entrance to the museum has been free since 2001!

Since 2001, the museum has introduced newer galleries, gardens, shops and visitor facilities. The central John Madejski Garden in particular is a great space with its elliptical water feature lined in stone with steps around the edge which can be drained to use the area for receptions, gatherings or exhibition purposes. The garden is also used for temporary exhibits of sculpture, for example a work by Jeff Koons was shown in 2006. It has also played host to the museum's annual contemporary design showcase, the V&A Village Fete since 2005! 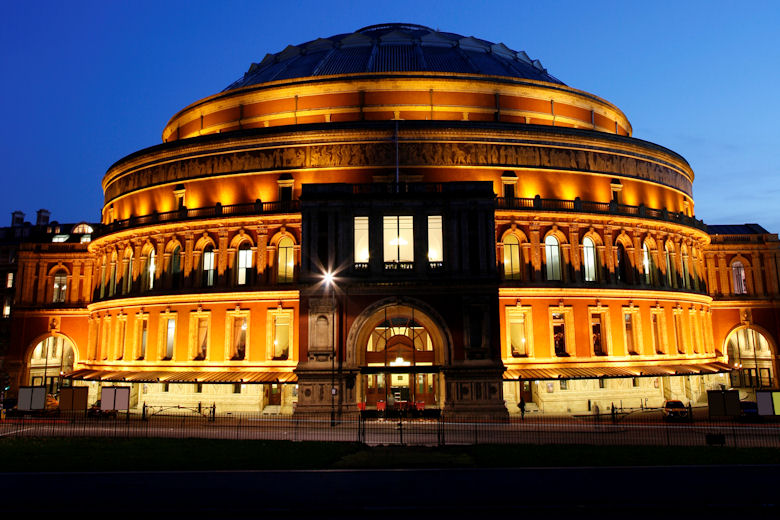 The Royal Albert Hall was opened by Queen Victoria in 1871, and is a magnificent concert hall on the northern edge of South Kensington.

Its probably best known for holding the annual summer Proms concerts but they do also host a range of spectacular events throughout the year. Each year it hosts more than 350 events including classical concerts, rock and pop, ballet and opera, sports, award ceremonies, school and community events, charity performances and banquets. It can hold around 5000 people and some of the world's leading artists have appeared there.

The Hall was originally supposed to have been called The Central Hall of Arts and Sciences, but was changed by Queen Victoria to The Royal Albert Hall of Arts and Sciences as a dedication to her deceased husband and consort Prince Albert. It forms part of a national memorial to Albert - the decorative part being the Albert Memorial just across the road (called Kensington Gore). Pop artists who have performed here include Phil Collins, Mark Knopfler, Sting, Elton John, Eric Clapton, Paul McCartney, Alice Cooper and even boyband One Direction.

By far the most well known event annually taking place here is "The Proms", an eight-week summer festival of daily classical music concerts and events. The BBC Promenade Concerts as they're more formally known, began in 1895, and now each season consists of over 70 concerts, in addition to a series of events at other venues across the United Kingdom on the famous and boisterous "last night"! 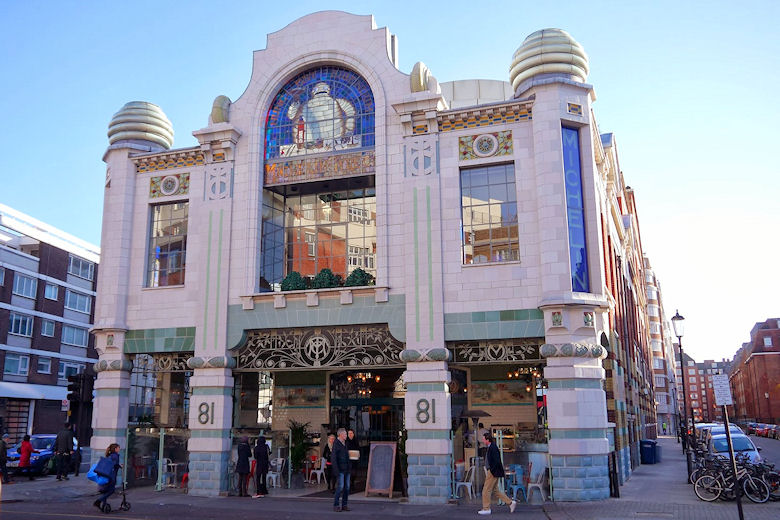 Brompton Cross is a South Kensington neighbourhood made up of independent shops and restaurants and beautiful residential streets.
Brompton is an internationally recognised destination for design, architecture and culture and is home to a mix of renowned independent design shops, antique book stores, beautiful clothes shops for adults and children and one of the best cheese shops in the whole of London!

There are many good local restaurants, contemporary cafés, specialist delicatessens and even a wine bar for book lovers in the heart of London's cultural district.

Situated at the junction of Brompton Road and Fulham Road is famous and beautiful Michelin House, one of  the architectural high points of  this area. It's currently home to Terence Conran's Bibendum Restaurant & Oyster Bar, and of course, a Conran Shop!

All the info here: http://www.bromptonquarter.com/