Covent Garden is a district in London between St. Martin's Lane and Drury Lane. It is associated with the former fruit and vegetable market in the central square and is divided by Long Acre, with independent shops centred on Neal's Yard and Seven Dials to its north, while the south contains the central square with its street performers and most of the elegant buildings, theatres and entertainment facilities, including the Theatre Royal, Drury Lane, and the London Transport Museum.

It's now a major tourist location containing cafes, pubs, small shops, and a craft market called the Apple Market, along with another market held in the Jubilee Hall. SACO Covent Garden provides briliant accomodation nearby. SACO Covent Garden/Holborn on Floral Street is another fantastic option by this trusted provider.

Street entertainment at Covent Garden was noted in Samuel Pepys's diary in May 1662, when he recorded the first mention of a Punch and Judy show in Britain. Performers today audition for timetabled slots in a number of venues around the market. The courtyard space is dedicated to classical music only. There are street performances every day of the year, except Christmas Day. Shows run throughout the day and are about 30 minutes in length.

Covent Garden has 13 theatres and over 60 pubs and bars. The Harp in Chandos Place has received several awards, including London Pub of the Year in 2008. The Lamb & Flag in Rose Street has a reputation as the oldest pub in the area with the first mention of a pub on the site in 1772.  It acquired a reputation for staging bare-knuckle prize fights during the early 19th century when it earned the nickname of the "Bucket of Blood". Incidentally and on a lighter note, the tube journey from Leicester Square to Covent Garden is at 300 yards, the shortest in London!  Another great and affordable place to stay is at Citadines Covent Garden.

Holborn is the traditional home of the legal profession.  The Inns of Court, ancient legal centres, were located here to symbolise the law as a mediator in the battle for power between the City and Westminster.

The atmosphere of Holborn is still derived from the four surviving Inns: Lincoln's Inn, Gray's Inn, Middle Temple and Inner Temple. The courtyards and passageways of these Inns are a quite oasis from the busy capital.  Many buildings here survive from before the Great Fire of 1666, including the magnificent timber-framed façade of Staple Inn. Temple Bar, where the Strand meets Fleet Street, marks the official boundary between Westminster and the City.  The monument set in the centre of the road is a griffin, the symbol of the City.  The Queen cannot pass this point without the permission of the Lord Mayor of London.

In the Strand, Somerset House containing the Courtauld Gallery, the Gilbert Collection and the Hermitage Rooms, stands on the site of the Tudor palace of the Dukes of Somerset. There is an absolutely beautiful Van Gogh self portrait in the Courtauld as well as a stunning Modigliani.

View our selection of serviced apartments in Covent Garden

What to do in Covent Garden and Holborn

Listed below are some of the great places to visit in Covent Garden and Holborn. Click one to find out more. 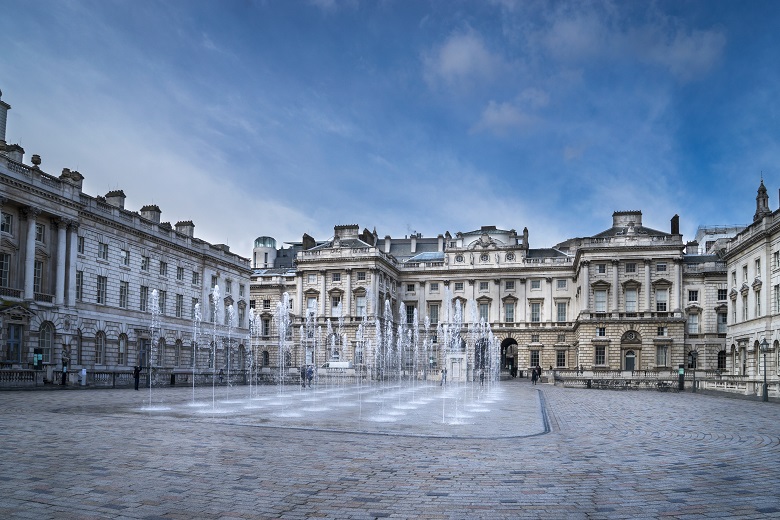 Somerset House is a spectacular neo-classical building in Holborn in the heart of London, sitting between the Strand and the River Thames.

During the summer months its 55 fountains provide a great show in the courtyard, and in winter it becomes one of London's favourite ice rinks. Somerset House also hosts open-air concerts and films, contemporary art and design exhibitions, family workshops and free guided tours of spaces usually hidden to visitors. Its also been used as a film set for many famous movies, and is home to London Fashion Week.

The art collection of the Courtauld Institute of Art housed in the North Wing at Somerset House, is best known for its French Impressionist and Post-Impressionist paintings. It contains some great works by old masters too. The undoubted highlight however is Vincent Van Gogh's masteriece "Self portrait with bandaged ear", which when seen up close, is startlingly moving. 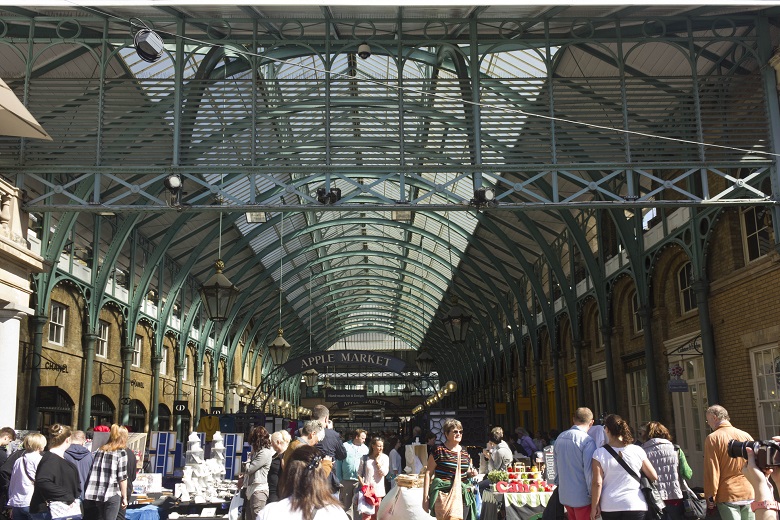 One of the main reasons people come to Covent Garden is for the shopping.  Whether you want the top fashion labels, hip new designers, boutique gift shops, rare food experiences or beauty treats - it's all at Covent Garden.

Visit the market stalls in Apple Market for British Hand-made arts, crafts & antiques.  The East Colonnade market is open every day of the week and  has a variety of stalls from hand-made soap, jewellery, hand-bags & belts, hand-knitted children's clothing, a magicians stall, confectionary and home-ware to artwork. 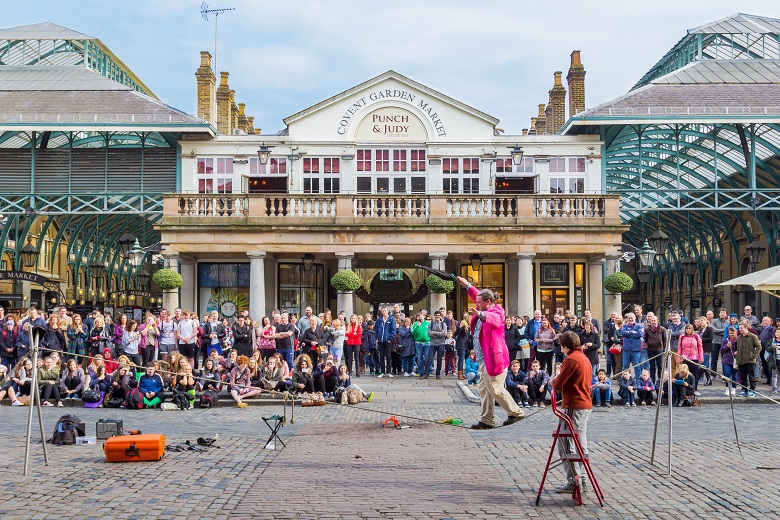 Covent Garden is renowned for it's street performers and they are some of the best in the business with fierce competition for a pitch.

The South courtyard of the market building is the only busking pitch in the work dedicated to classical music and opera.  Anyone who has heard the artists in action will know that these are performers at the top of their game.  When it comes to street performance Covent Garden's Piazza offers some of the most impressive acts around . These talented performers are located at the West Piazza, outside St Paul's Church and at the North Hall of the Market Building.

If you fancy trying your hand at performing auditions are held every two months...but be warned you have just 3 minutes to impress and these judges make Simon Cowell look like a pussycat!

Our featured apartments in Covent Garden