Chiswick was historically the ancient parish of St Nicholas in the county of Middlesex, with an agrarian and fishing economy beside the river centred on Church Street. Having good communications with London from an early time, Chiswick became a popular country retreat, and as part of the suburban growth of London in the late 19th and early 20th centuries, the population significantly expanded.

Just a 30 minute tube ride from central London, Chiswick is an affluent and popular suburb. With its idyllic setting on the banks of the River Thames and being a fishing village originally, Chiswick is peaceful, quiet, leafy and green. It offers good sized Georgian, Victorian and Edwardian family houses many of which are in designated conservation areas.

The area is very popular with young professionals and families who enjoy being by the river and are able to make use of the great transport links.  It's close to several tube stations for access into the City and with fast links from the M4 motorway to Heathrow airport and out to the country, it's easy to see why it's so popular. The two bedroom serviced apartment at Chiswick Apartments for instance, is ideally situated to take full advantage of the great transport links being just minutes from one of those nearby tube stations.

The wide streets of buzzy Chiswick High Road encourages cafes and restaurants to provide pavement seating and there is a veritable plethora of gastro pubs, cafes, bars, independent shops and high street chains from which to choose.  It's a food lovers paradise with gourmet pubs, a Michelin starred restaurant, organic cafes and delis and the Chiswick Farmers and Fine Foods Market held every Sunday morning. The stunning two bedroom serviced apartments at Lingfield House offer a real home from home which staying in Chiswick and this location is just minutes away from Chiswick High Road.

Chiswick is also home to the Griffin Brewery, where Fuller, Smith & Turner brew their prize-winning ales, but rest assured, there are a number of beautiful and historic pubs from which to watch the world famous University Boat Race amongst other things.

There are many fine buildings in Chiswick including the wonderful Chiswick House, and the historic St. Nicholas church and Hogarth House - all of which are well worth a visit. There are also some charming open spaces and parks which make Chiswick a popular spot with tourists and locals alike.

Hedone
Hedone brings modern European cuisine to Chiswick with head chef Mikael Jonsson incorporating unique creations in a menu which is refreshed regularly. The restaurant's decor is sublime with exposed brick walls, wooden floors and a cavernous hand-painted ceiling and having achieved a Michelin star in 2013, Hedone went on to be named the 63rd best restaurant in the world by the World’s 50 Best Restaurants jury in 2014!

Charlottes W4
Charlotte’s W4 is Chiswick’s friendly, local bar & kitchen where produce from the area is spun into sophisticated plates. The menu roams with the seasons to pluck the freshest ingredients and reflect the freewheeling creativity of their chefs. Charlotte’s draws folk in on Monday evenings with their infamous Gin School, whilst their wine list is carefully selected to include some unusual offerings.

La Trompette
La Trompette is owned by the partnership behind Chez Bruce in Wandsworth and The Glasshouse in Kew. It therefore serves some of the best food in London but without the formality or prices associated with the capital's top end establishments. The comfortable and stylish dining room is a vibrant, busy and friendly place to be, with service that is highly professional yet relaxed and informal.

Jackson & Rye
Inspired by 1920's Brooklyn bars and Manhattan speakeasies, Jackson and Rye is open from breakfast to dinner and serves an excellent range of freshly blended juices and smoothies, buttermilk pancakes as well as avocado benedict with cured bacon, poached eggs and hollandaise sauce. Yum! The bakery corner is filled with warm jalapeno corn bread, yoghurt and granola, pancakes and pastries. There's also an eggs menu with options that include maple slab bacon, country style potatoes and sausage patty. Come for lunch or dinner and you'll get a menu of US classics like Mac and cheese, crispy crab cakes and the toasted Reuben sandwich. Whiskey-based cocktails include rye concoctions like the fruity Breakfast Sour of Buffalo Trace with lemon, apricot preserve and peach bitters to the rich and indulgent Black 'n' Rye with Rittenhouse, Kahlua, coffee and sugar. There's even a secret off-menu library of limited edition bottles kept under lock and key, reserved for true whiskey enthusiasts. Who knew?

The River Cafe
Mediterranean cuisine with an outside courtyard. Starters showcase bought-in deli ingredients. but often have something home-made to make them pop – the sweetest, most velvety braesola, say, with a warm sformata pudding of ricotta and peas, plus a lovely charred garlic bruschetta. Exquisitely intense apricots in a buttery almond tart, large bowls of own-made gelati - what's not to like!

What to do in Chiswick

Listed below are some of the great places to visit in Chiswick. Click one to find out more. 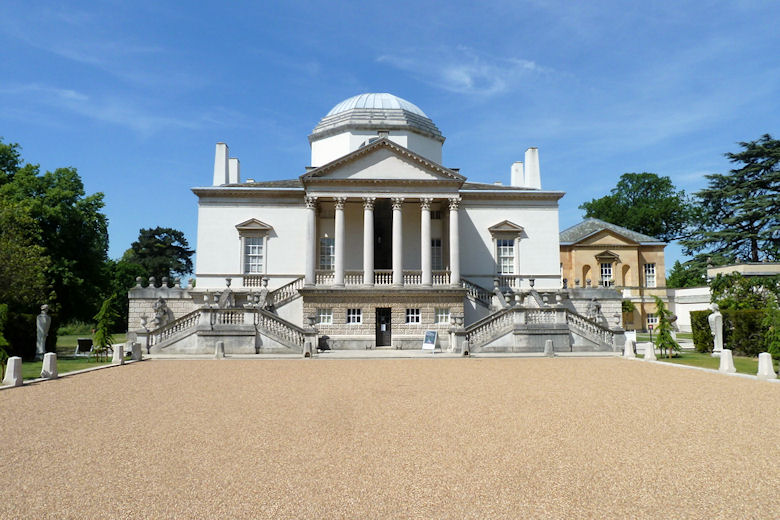 Chiswick House, which was designed by the Third Earl of Burlington, is considered to be amongst the finest surviving examples of neo-Palladian architecture in Britain.  The house was built by the Earl to showcase his art collection and to enthrall his guests, and the house continues to display many spectacular works of art.  The sumptuous interiors created by William Kent display a rich collection of old Master paintings. The surrounding grounds constitute one of the most important historical gardens in England and Wales, and are the birthplace of the English Landscape Movement and have inspired countless gardens including New York's Central Park.  A £12 million project restored the gardens which were unveiled in 2010 and during the summer months they host a season of evening outdoor events for all to enjoy.

For more information visit the Chiswick House and Gardens website. 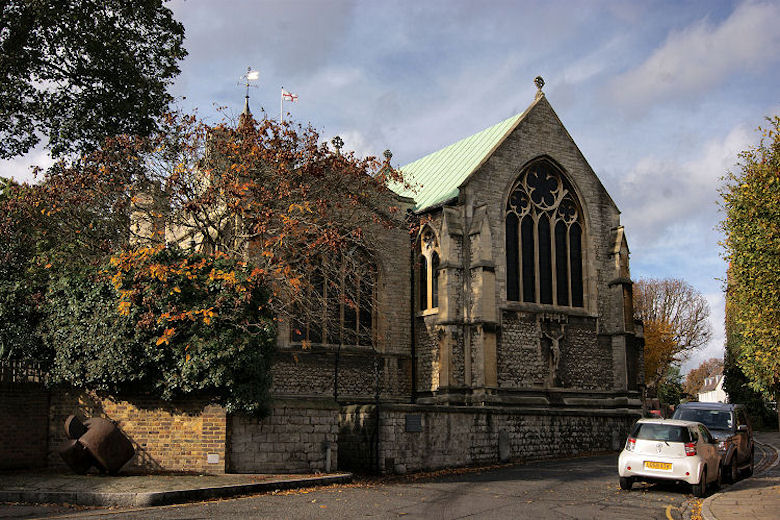 St. Nicholas Church is a Grade II listed church dominating the centre of Chiswick and the oldest part of the town grew up as a village around the church from around 1181.  The current building dates from around 1880, apart from the 15th century West Tower. Monuments in the churchyard mark the burial sites of the 18th century English artist William Hogarth.

For more information on the Church and services visit the St Nicholas Church website. 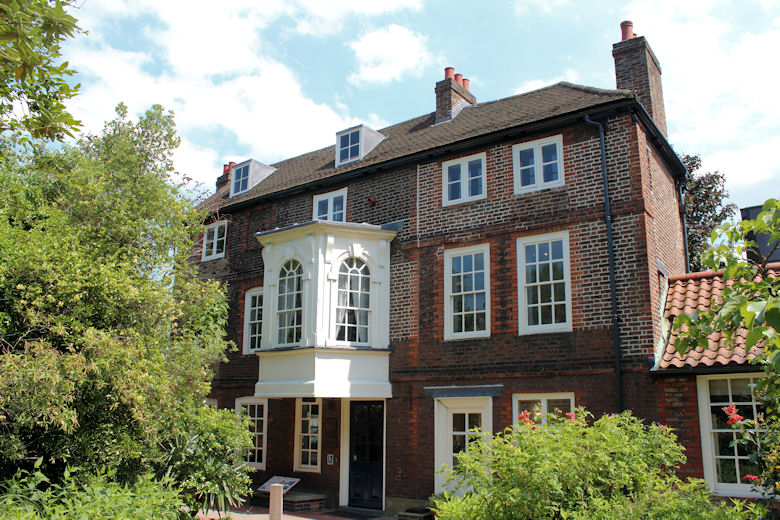 Hogarth's House, built around 1700, was the country home of the great painter, engraver and satirist William Hogarth (1697 - 1764) from 1749 until his death when he chose to be buried in Chiswick. Hogarth's tomb with its inscription by his friend, the great actor, David Garrick, lies a short walk from the house in St Nicholas' churchyard, next to the River Thames.

Hogarth bought the house to act as his family’s country refuge, a weekend and summer home, away from the noise of his other home in what is now Leicester Square.  Hogarth's talents and interests were wide-ranging, and displays in the house tell the story of his life and works.  The museum holds an extensive collection of the artist’s 18th century prints, and a set of his engraving plates. 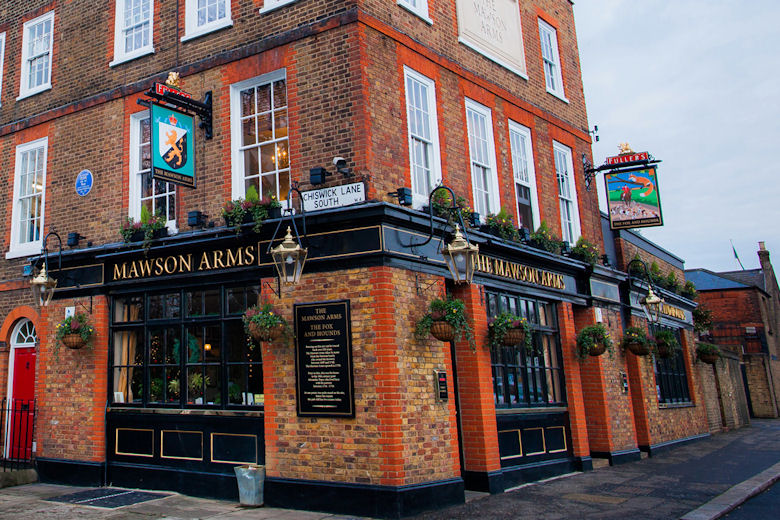 Fuller’s Brewery was founded at the Griffin Brewery site just off the A4, in 1845 and beer has been brewed on the site for over 350 years–as far back as the era of Oliver Cromwell. Today, the brewery manages 300 pubs and is also famous for having the UK’s oldest wisteria plant growing at its plant.

Their site runs up to 25 pre-booked tours a week and the excellent guides will show you around and try to answer all of your questions. There's a tasting and non-tasting tour on offer and the on-site shop is stocked full of a range of Fuller’s award-winning beers, including some cask beers. You can also choose from a wide selection of wines, spirits and Champagnes, many of which are exclusive to Fuller’s.

To find out more visit the Fullers Brewery website.

Our featured apartments in Chiswick Guide