Camden Town's expansion as a major centre came with the opening of the Regent's Canal to traffic in 1820. Improvements to transport provided employment for the local population, which by the end of the 19th century, had grown significantly. Many streets were changed when new housing developments and schemes were introduced in the 1960's. The conversion of Camden Lock's wharves and warehouses on the Regent's Canal to craft markets in the 1970's ensured Camden Town's future as one of London's top tourist attractions.

Camden High Street marks the centre of the district of Camden Town and is home to the bustling weekend market for which the area is best known. The street itself is lined with very trendy shops, bars and restaurants whilst the courtyards and warehouses around Camden Lock, where the High Street bridges the 19th century Regent's Canal, are home to thousands of market stalls, shops and fashionable enterprises from all corners of the world. In particular, the live music scene in Camden is superb.

Anyone wishing to sample this unique and vibrant atmosphere would be perfectly situated to do so in one of our Albert Street serviced studio and one bedroom apartments which are ideally placed for access to both transport links and shopping opportunities.

If you're heading to Camden make sure you don't miss popping into Camden Market to have a look at some handmade jewellery, antiques, vintage clothes as well as to grab a bite to eat from the (oh so many) continental food stalls. And speaking of stalls, Camden Stables Market actually used to be an old horse hospital and the old stalls are still there today.

Once finsihed in the stables, if the weather is nice why not have a stroll east along Regents Canal and make your way towards Regents Park and the celebrity laden Primrose Hill which are both nearby!

Street Art Tour
Explore one of Camden's many colorful sides on a two-hour walking tour that's suitable for all ages. Discover street art in hidden corners, hear more about the artists who left it there and the techniques they use to create public masterpieces. Learn more about London's role on the International street art scene.

Primrose Hill
Primrose Hill has a character all of its own, and at the summit of this grassy hill there are also some quite spectacular views across London. It's separated from Regent’s Park by Prince Albert Road and the ZSL London Zoo.

Camden Rock History Tour
Take a walk on the wild side through Camden's music history with a Camden insider and girl about town. From Pub Rock to Punk Rock, from Ska to Britpop and beyond. Enjoy this small-group guided walking tour of Camden's Rock n' Roll history and visit famous locations such as the Camden Lock, Chalk Farm Road, Bar Fly, Round House, Stables Market and Dingwall's.

Regents Canal
Regent's Canal starts at Little Venice and ends in Docklands. It was named after the Prince Regent, later George IV, and is part of London's Grand Union Canal. A quiet and atmospheric waterway, Regent's Canal passes by parks, a zoo, Camden Market, Victorian warehouses and celebrity hangouts. It was originally built to link the huge Grand Junction Canal's Paddington branch with the River Thames, but now is mainly a place of leisure for Londoners and visitors alike.

ZSL London Zoo
London Zoo is the world's oldest scientific zoo. It was opened in London on April 27, 1828, and was originally intended to be used as a collection for scientific study. It was eventually opened to the public in 1847. Today it houses a collection of 756 species of animals, with 17,480 individuals, making it one of the largest collections in the United Kingdom. The zoo is sometimes called Regent's Zoo.

What to do in Camden Town

Listed below are some of the great places to visit in Camden. Click one to find out more. 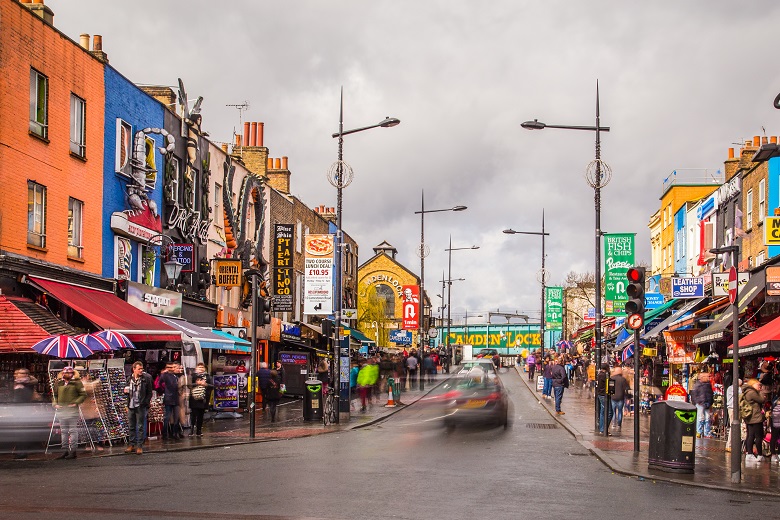 Camden Market is one of London's most popular weekend tourist attractions, offering fashion and crafts and a mix of people and foods from every corner of the world. The area has been made famous by films such as 'Withnail & I', pop icons Madness and Oasis, and historic writers such as George Orwell, Mary Shelley and Charles Dickens.

Camden Market is situated next to The Regent's Canal and this canal now forms the centrepiece of the Lock market and is what brought commerce to Camden originally. In the 1970's there was an idea to transform the area around Camden Lock into an arts and crafts market. As the market area became more popular it expanded into further market stall areas and became the diverse place that is so well loved today. The Camden market of today has no less than 4 distinct markets and is complimented by shops with clothes and merchandise from around the world. 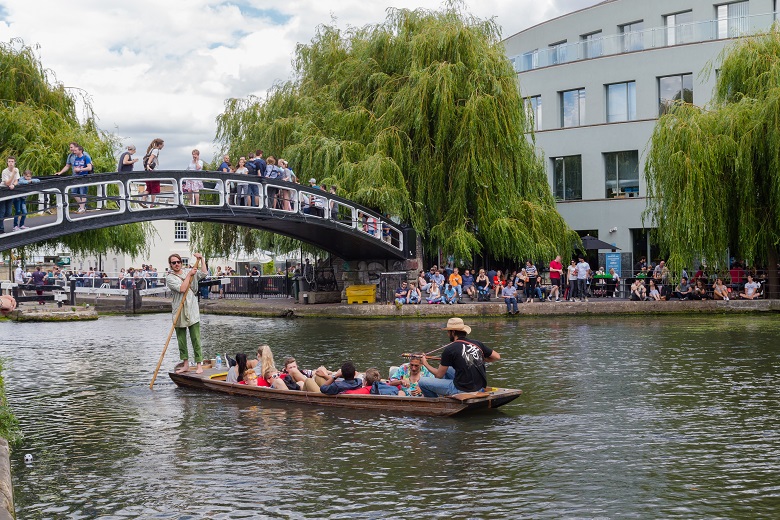 It's worth remembering that Camden Town has played an important part in the recent history of British popular music.

The first major Rock and Roll event in Camden took place in 1966 at the Roundhouse (www.roundhouse.org.uk) when Pink Floyd performed in front of a star-studded audience of 2000. This put the Roundhouse on the map and artists such as Jimi Hendrix, The Doors, Marc Bolan and Cream all performed there over the next few years.  Now run as a charity, the Roundhouse is home to a bold and exciting program of live music, theatre, dance, installations and new media, with the emphasis firmly on helping young people.

The next big musical milestone for Camden Town was the birth of Britpop and Blur, Pulp and Oasis all have roots in Camden, with several band members having lived here at the beginning of their musical careers. It was in the summer of 1995 that Britpop really arrived.  Other bands who paid their musical dues in Camden are The Stone Roses, Suede, Elastica, Radiohead, Supergrass and The Bluetones.   Local pubs  such as the Dublin Castle (www.thedublincastle.com/) were the launchpad for bands such as Madness, Travis and the Stereophonics, and the Good Mixer (www.beerintheevening.com/pubs/s/12/1292/Good_Mixer/Camden)is where Blur and northern rivals Oasis hung out in the mid 90's. The Hawley Arms (www.thehawleyarms.co.uk) used to be the favourite local of Amy Winehouse.

Poppies - a personal favourite of ours!! 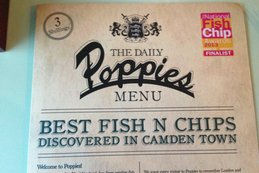 They've been serving authentic Fish 'n Chips at Poppies since 1945, and this brilliant place is where you'll be able to taste properly mouthwatering, fresh and sustainably caught fish, cooked in crunchy batter, AND served with golden chips! All this, together with experiencing a great buzz and authentic atmosphere going back to the 1940’s and 50’s.